Southland Event at the W Hotel 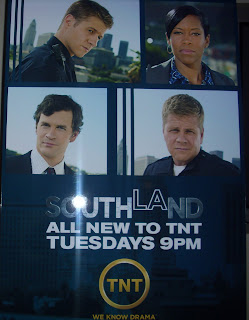 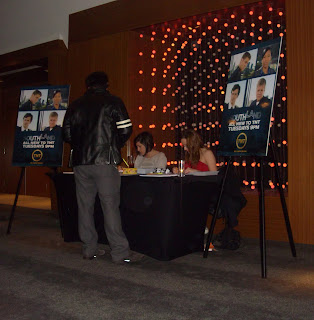 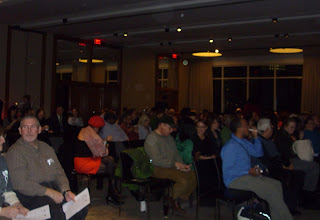 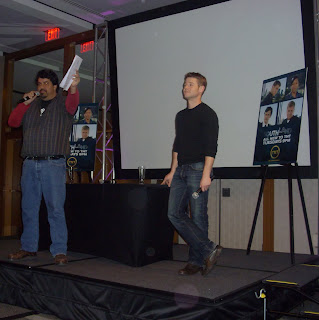 Southland premiered on NBC in April of 2009 and renewed for an additional 13 episodes to begin airing in September of that year. By October the network abruptly cancelled the series. Fortunately TNT which also brings us The Closer and Saving Grace purchased the rights to the second season. The show will air on Tuesdays for a 13 week run and evaluate it’s performance before deciding on additional episodes.

On Wednesday night Austin native Ben McKenzie came to the W Hotel in Dallas to promote the program by doing a meet and greet with selected audience members and a Q&A before premiering an unaired episode coming in March. He had to rush off back to LA to attend the big football game with TX and AL. The audience was also treated to a buffet of various tasty appetizers, desserts and drinks.

McKenzie whose previous claim to fame was as the moody angst teen Ryan Atwood in the TV show The OC about poor young man living with the rich in Orange County. As a college student he studied foreign affairs and economics which he gave up to wait tables in NY to pursue his dream. Personable and articulate he joked with the audience and graciously accepted their compliments. He calls working on Southland the best experience in his life. To prepare for his role he rode along LA police who gave him broad access to their procedures. The series is shot like the reality series Cops. The stories are edgy and close to real life events in the hard core ghetto regions of Los Angeles known as Southland.

So set your DVR’s and watch them when you are not at a movie screening.

From the folks who put on the event and to whom we are very grateful:

Thank you for your RSVP to the Southland Screening. We hope you enjoyed the event. If you did, spread the word! Please join us on Facebook and Twitter for upcoming events.