Sorry guys I haven't been around a lot. Been spending my extra time at the hospital. So please forgive me if there are any mistakes.

Posted by Dallas Movie Screenings at 3:57 PM No comments:


So did everyone get a chance to enjoy the State Fair. At least the weather was agreeable this time around. It almost feels like an actual season called Autumn. For those who have never been anywhere outside of Texas, it's when the climate gets cooler, leaves change colors, and you get to wear sweaters.

We should give a big thanks to the studios making it easier to obtain the passes we need. People are still begging when they miss out on a screening notice. But really...just wait a bit, and another one will become available. Also remember to write to the person offering the pass and not to the whole group. And just in case, for the newbies, the moderators, Daina and Reesa do not personally have passes to hand out to y'all. Occasionally a studio will offer a pass just for us groupies, but we have to enter the contests, go to pass pickups and redeem those pass codes like everyone else. Another note, is when there are multiple screenings on one day, pick the one your really want to see, and release those others. Nothing irks people more when someone says they have a several passes to a movie.

I would also thank everyone in our group for being so helpful with one another in the screening lines. Y'all are the bestest group ever!!!

Posted by Dallas Movie Screenings at 7:29 PM No comments:

Keeping Up With The Joneses 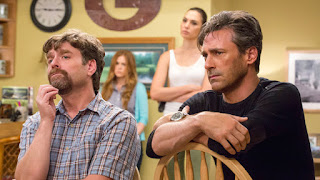 This charged comedy explores what a couple’s experience is with their new neighbors, the Joneses. This couple, a middle class pair with two sons, goes from their normal lives to ones involved with a high-stakes mission that includes heavy shooting and speedy car chases. Zach Galifianakis and Isla Fisher bring a wickedly clever slapstick vibe to the screen. They both pull off very well the parents who are comfortable with each other and their jobs. The script was full of well planted opportunities to instill great laughter in the audience. One scene involves Galifianakis’ character, Jeff, opening a beer bottle with his hand right after their new neighbor just pops it open effortlessly. What ensues is Jeff tearing his hand and severely cutting himself and Galifianakis brings his startle and jolt of pain in some brilliant comedic timing. Jeff was probably the most entertaining character within this whole plot. He’s an HR representative who deals with people in his trained way of trying to calm them and is a good communicator. The character is a little dumb and extremely innocent which lets his encounter with the covert operative neighbors be all the more climactic.

The film sets its tone in the beginning when Jeff narrates that everything at home is always okay and then within seconds a house blows up. These types of scenes were where the film gained the greatest appeal. A scene where something occurs that is so ludicrous or when a character says something that one wouldn’t usually hear was the milk of this picture. One of Jeff’s pals says Kinko’s was bananas and Jeff responds with that it usually is. This was fantastic humor and the classic Zach Galifianakis. I was pleased with another use of actually funny comedy in combination with the spy genre. The last obvious hit with this blend was Melissa McCarthy in Spy. Another brilliant use of writing was when Jeff asks a man to pick up his dog’s poop off of his lawn and then the man just leaves with these large feces laying there. That is the thing about Jeff is that he is such a harmless, nice, and ultimately goofy guy. Isla Fisher is always a catch for the energetic woman and is no novice to comedies. The action sequences were cleverly choreographed with windows breaking, automatic guns firing, and massive explosions. In one scene, there is a phone that acts as a card imitator to get into buildings which I had not seen before. Overall, this film carries characters that are exceptional for the actors and invested action that is engaging to watch. It is sure to please.
(Review by Wyatt Head)

Posted by Dallas Movie Screenings at 3:40 PM No comments:

Email ThisBlogThis!Share to TwitterShare to FacebookShare to Pinterest
Labels: Keeping Up With The Joneses review, Wyatt Head

Good morning!! I hope everyone is having a great weekend!

Try to grab passes or enter the contests before asking for passes. If you are unlucky you can ask and see if your luck changes. Sure most people use their passes but something may come up and they can share.

Hope everyone has a great week!

If you have any questions please email me at damitdaina@hotmail.com

Posted by Dallas Movie Screenings at 9:34 AM No comments: 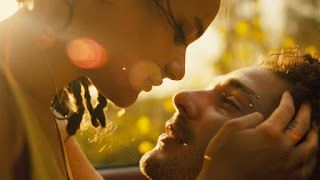 This Honey Ain’t No Boo-Boo Child

Opening:
Have you ever just taken a road trip somewhere only to find out you went nowhere except down the road to a Chili’s and been severely disappointed? This “movie” is that in a nutshell. Let’s get reel and break this down.

Plot:
A teenage girl with nothing to lose joins a traveling magazine sales crew, and gets caught up in a whirlwind of hard partying, law bending and young love as she criss-crosses the Midwest with a band of misfits

Pros:
The “documentary” freestyle feeling of the film provides the atmosphere of real characters in real situations and never felt like a production but plucking real people off the street and filming them.

Cons:
I hate using the “P” word, not that word because clearly Trump doesn’t hate it, but pretentious. Sadly, this film tries to be deeper than it is. It is a vapid road trip self-discovery story with no substance and is equivalent to a three-hour B-roll home video of a bunch of montages put together. The overall story has interesting themes but they were never explored or went anywhere and instead appeared as strangely wholesome and sweet.

Pros:
Shia LaBeouf is by far the best thing about adding some character development and emotional range.

Cons:
Ironically, the main character’s performance isn’t so sweet but rather flat. I found the supporting characters somewhat interesting but overall no one was really compelling.

Pros:
Some of the cinematography is gorgeous and adds a layer of natural beauty considering they shot with all natural light and on real locations despite having a dark look at America at its core.

Cons:
Going to the pretentiousness, there many shots of insects or animals that weren’t particularly well shot or made sense for the narrative.

Cons:
At two hours and forty minutes, this is a chore to sit through and really tests your patience. Even with the long, tedious journey, if the ending was great I would have forgiven it a tad but the ending nothing and pretty much made the entire film a giant middle finger to the audience.

Overall:
Boyhood and Transformers: Age of Extinction both run around the same time length as American Honey. The difference is one is a masterwork of growing up, one is visual noise with action you could watch if you are on painkillers, and one existed. Guess one is which.

Posted by Dallas Movie Screenings at 9:59 AM No comments:

I hope everyone had a great weekend!

Please make sure to read the emails. Don't just reply and say we didn't give you the code. We can only do so much for you. You will have do a little of the work by entering the contests or printing out the passes.


If you have any questions please email me at damitdaina#hotmail.com


Fantastic Beasts and Where to Find Them Fan Event Cinemark 17

Keeping Up with the Joneses Angelika Dallas

Posted by Dallas Movie Screenings at 2:45 PM No comments:

Hope everyone is having a wonderful Sunday!

Not a whole lot of movies this week. Hope you get tickets to the ones you want to see!

Now back to Luke Cage.

If you have any questions please email me at damitdaina@hotmail.com

Birth of A Nation AMC Northpark

The Girl on the Train Angelika Dallas
Middle School: The Worst Years of My Life AMC Northpark

Posted by Dallas Movie Screenings at 9:19 AM No comments: