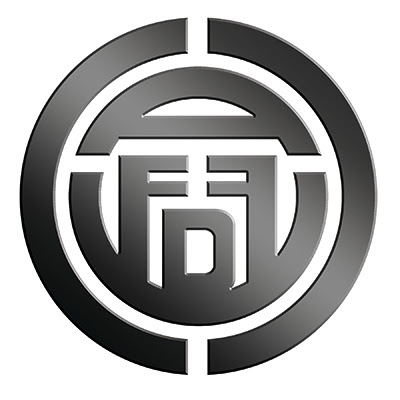 This festival year boasts its first Iranian film as part of its repertory program. To commemorate its 15th anniversary, they will be showcasing past film festival favorites from its first, fifth and tenth years (films will be announced in the next coming weeks!)

AFFD organizers are excited about adding its first Iranian film and announcing its first three of many diverse Asian and Asian-American films: 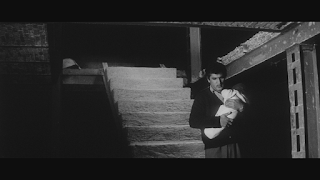 The Brick and the Mirror
Genre: Drama
Runtime: 131 min
Released: 1965
Country: Iran
Language: Persian w/ English Subtitles
Director: Ebrahim Golestan
Starring: Taji Ahmadi, Zackaria Hashemi, Goli Bozorgmehr
Trailer: Unavailable
Hashem is a cab driver who finds an infant child in the back seat of his cab one night after he gives a ride to a young woman. He and his girlfriend, Taji, try to cope with this unwanted child. Hashem insists on getting rid of the child, Taji on keeping him. 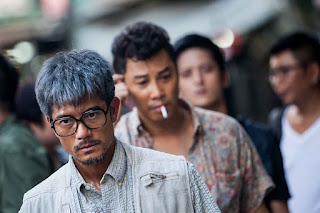 Port of Call
Premiere status: Southwest premiere
Genre: Crime
Runtime: 126 min
Released: 2015
Country: Hong Kong
Language: Cantonese w/ English Subtitles
Director: Philip Yung
Starring: Aaron Kwok, Jessie Li, Patrick Tam
Trailer: https://www.youtube.com/watch?v=VeZkE31VUmA
**Port of Call won seven awards at the Hong Kong Film Awards including best actor (Aaron Kwok) and best actress (Jessie Li).
The film is based on a real murder case where a dismembered corpse of a murdered 16-year-old prostitute girl was found in Hong Kong in 2008. Jiamei Wang has moved to Hong Kong from Dongguan, China. Desperate to become financially independent from her mother and step-father, she ends up becoming a prostitute. Chi-chung Ting, a truck driver who had just been brutally dumped, finds Jiamei online. They communicate with each other via text message and become friends right away. On the day of the murder, Jiamei and Chi-chung finally meet in person. Ching Sir, a quirky police officer in charge of the case, wants to find out the real reason behind the incident, to prove that human nature is not evil, to shine a light onto the darkness. 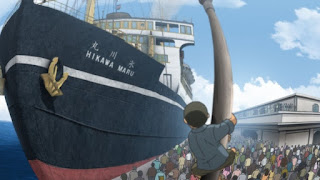 Hikawa Maru Monogatari
Premiere status: International premiere
Genre: Anime
Runtime: 90 min
Released: 2015
Country: Japan
Language: Japanese w/ English Subtitles
Director: Shunji Oga
Trailer: https://www.youtube.com/watch?v=C58_D1q9soI
**Hikawa Maru Monogatari commemorates the real-life 85th anniversary of the maiden voyage of the Hikawa Maru ocean liner from Kobe to Seattle. The film is based on essayist Genjiro Ito's book of the same name.
Jirō Hirayamais a boy who lost his mother in the Great Kanto Earthquake, and who runs a soba stall with his father. He decides to join the crew of the famous ocean liner Hikawa Maru, and finds work cooking in the ship's galley. Through his eyes, the film explores the ship's 85-year history.

More titles and full schedule of Q&As, parties, events and details will follow in the coming weeks. Visit www.asianfilmdallas.com.

About the Asian Film Festival of Dallas

Since its creation in 2002, the annual film festival has grown to become the South’s largest showcase of Asian and Asian-American cinema. Over the past 15 years, the festival has provided opportunities for nearly 500 Asian and Asian-American filmmakers and documentarians to share their vision, often providing the only venue for their films to be shown in Dallas.
The films have also allowed festival goers a chance to experience other lives and cultures without leaving their seats. The Asian Film Festival of Dallas is a 501(c)(3) nonprofit organization dedicated to celebrating and supporting emerging and established Asian and Asian-American filmmakers and sharing the rich diversity of Asian culture through the medium of cinema.
For more information about AFFD or to purchase passes and tickets, please visit www.asianfilmdallas.com.