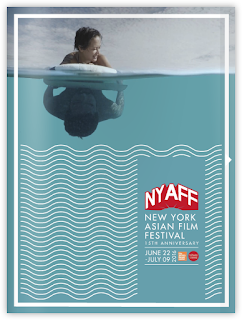 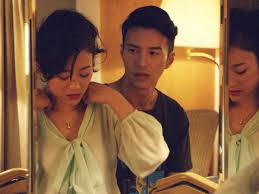 This emotionally twisting film presents the story of a hotel room going through many decades of events and inhabitants. A scene at the beginning of the film set in the 50s involves two men having a last talk before they separate because of war. Minutes before that we see two people having sex in this grimy room while a man sits on a chair singing a lyric of what the place used to be. This type of story line, which I think is brilliant, was used in Moulin Rouge as a similarly eerie and engaging segment.

Initially, I had tremendous trepidation about the explicitness of this film when it came to sexuality. I have to say to my amazement that I was pleasantly surprised. Each story laid out linearly about this particular room in the hotel was so gripping that by the end of the film I had tear stains running on my cheeks. Stories of death, desperation, comfort in friendships, worried partners, and tumultuous events were brilliantly woven into this creation of the script.

A woman who is a maid at the hotel is guided through her life by a ghost of a pleasant soul who greeted her on her first day. The scenes where she gets older are so much more meaningful to watch because you’ve seen the character’s first job become years of work. Another incredibly touching story occurs between a man and a prostitute. The woman is married and this man is just another payday. The first scene though, although very sexually explicit, expresses that the woman and man feel a strong love for each other beyond the sex. Little instances throughout the film remind us of this secret and special relationship and trigger feelings of compassion.

For the most part, the actors did a fine job of telling really melancholy stories. They convinced me to the point enough where the film became immersive. Director Eric Khoo creates beauty out of love mixed with darkness. He brings out in this film a connection for me to have with the characters. I felt the feelings of nostalgia and bad choices. I felt the feelings of true friendship that the maid has with her ghost. True, this film is adult and is definitely not something to bring even a teenager to. Even including those facts I felt that all of the shots in this story were justified.
(Review by Wyatt Head)