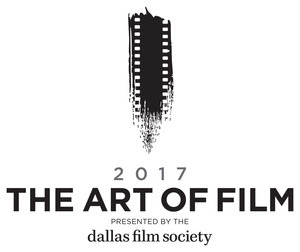 Special Event will take place on Wednesday, March 29 leading into the 2017 Dallas International Film Festival andintroducing festival focus on the films of 1967 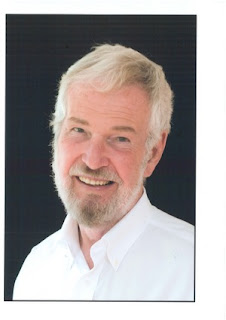 Dallas, TX (February 16, 2017) – The Dallas Film Society today announced a special The Art of Film event on Wednesday, March 29 at sixtyfivehundred (6500 Cedar Springs) presenting Academy Award-winning filmmaker Robert Benton with the Dallas Star Award, on the occasion of the 50th Anniversary of the groundbreaking classic BONNIE AND CLYDE (which Benton co-wrote), as a kickoff to the Dallas International Film Festival’s planned salute to the films of 1967 over the course of this year’s edition of DIFF.

Event chairs for the special event are Dallas-based attorneys Regina Montoya and Paul Coggins, who is also a member of the Dallas Film Society board of directors. Honorary chairs are former Ambassador to Austria, Kathryn Hall, and her husband, Dallas area businessman and real estate developer, Craig Hall.

James Faust, Artistic Director of the Dallas Film Society, said, “Robert Benton is both an award-winning director and writer as well as a Texas treasure, who has been responsible for some of the most beloved film classics of the past five decades both through his director’s vision and his words placed on the page. The fact that he co-wrote BONNIE AND CLYDE, which was part of the hallowed film class of 1967, makes this a wonderful time to honor him with our Dallas Star Award.”

Raised in Waxahachie, Texas, Benton’s first screenplay, BONNIE AND CLYDE, co-written with David Newman, went into production with Arthur Penn directing. That same year the Benton-Newman musical "It’s a Bird. It's a Plane. It's Superman!" opened on Broadway.

The success of BONNIE AND CLYDE resulted in a contract with Warner Brothers for whom Benton and Newman first scripted THERE WAS A CROOKED MAN, which Joseph Mankiewicz directed. WHAT’S UP DOC?, directed by Peter Bogdanovich followed, before Benton made his directorial debut with BAD COMPANY, starring Jeff Bridges, from a script he co-wrote with Newman. Afterward, he wrote and directed THE LATE SHOW, starring Art Carney and Lily Tomlin.

Additional notable films include STILL OF THE NIGHT, NADINE, PLACES IN THE HEART (which earned Benton his third Oscar, for Best Original Screenplay), and BILLY BATHGATE. NOBODY’S FOOL, which he adapted from the novel by Richard Russo and for which he was nominated for an Academy Award for Best Adapted Screenplay, teamed the director with Paul Newman. They teamed up again for TWILIGHT, which Benton directed and co-wrote with Richard Russo. Additional titles include THE HUMAN STAIN with Anthony Hopkins, and FEAST OF LOVE, as well as co-writing the script for ICE HARVEST with Richard Russo.

The Dallas International Film Festival’s 11th edition will include a dedicated salute to the films of 1967, with titles to be announced with the full schedule of official selections the first week in March. Widely considered as one of the most ground-breaking years in film, with "revolutionary" movies making their mark, cinema was forever changed by the visionary work or eye toward social upheaval in films like BONNIE AND CLYDE, THE GRADUATE, GUESS WHO’S COMING TO DINNER, and IN THE HEAT OF THE NIGHT.

Tables, tickets, and sponsorships for The Art of Film are available online at www.dallasfilm.org or by calling the Film Society office at 214-720-0555.

Posted by Dallas Movie Screenings at 11:57 AM