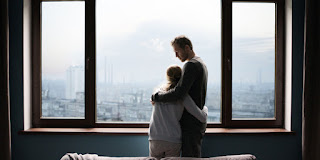 As a movie buff, my mind is not familiar with director Michel Franco right there. He’s a Mexican film director, screenwriter, and producer. Of course, throughout his entire film career, some of his films typically deal with Mexican people, mostly centrally in regards with the themes of dysfunctional families, in particular Mexican upper classes. Distributed by Bleecker Street, the film features the main stars of Tim Roth and Charlotte Gainsbourg.

The story of Sundown focuses on a wealthy man named Neil who is vacationing with his loved ones at a resort in Acapulco, Mexico. One day, while relaxing at a resort, Alice receives a phone call and informs the family that there has been a death in the family. After hearing the news about this, everyone decides to return home. Neil, however, pretends to lose his passport which forces him to extend his time in Mexico.

Oscar-nominated actor Tim Roth (Rob Roy) receives his main solo role as Neil, a wealthy traveler while actress Charlotte Gainsbourg portrays Alice in the film. Roth certainly gives a magnificent underrated performance as he senses his character whose behavior breaks with expected norms, asking us to imagine his truly-intense motives. The subtlety of the actor gradually and naturally reveals the circumstances that overturn our points of view. Gainsbourg, on the other hand, gives a tremendous performance in her role, though her character seems to be profoundly and relatively confusing as her Alice character relationship status with Neil is unknown. She looks like she’s either a wife or a sister, but kinda looks like a serious actress with character family-role models.

Having been directed by Michel Franco, the film has a lot of humor, violence, and drama as the film questions how we can imagine ourselves on what we do in the past and present, in the same circumstances. On top of these roiling undercurrents, there are color-contrast scenes that feature a beautiful, but highly-exclusive beach resort with the crowded lively (and of course, deadly) beach that many locals inhabit. While the first half of the film seems pleasant, however, there are some dark images and scenes filled with trauma flowing in the second half of the film, which gives me the creeps and shivers in my eyes. Even the ending is a bit cheesy to say as it looks like most of the interesting scenes have been cut out. Regardless, the film provides some excellent performances coming from Tim Roth and Charlotte Gainsbourg respectively as they managed to round out a thought on this provoking and well-executed film.

There’s quite a small cast appearing in the film. We have Samuel Bottomley (Everybody’s Talking About Jamie), Albertine Kotting McMillan, and Iazua Larios. They both have their supportive roles as Colin, Alexa, and Berenice, Neil’s new love interest. And lastly, actor Henry Goodman (Marvel’s Avengers: Age of Ultron) appears as Richard.

Sundown is ok, but is a nice subtle 80-minute film filled with drama, resilience, and endurance offered by director Michel Franco and actor Tim Roth. Although I enjoy the film as much as anyone does, I didn't hate it, it’s just that this film did not reach its level of expectations since this is an 80-minute feature the director has offered this year. Just to be advised, this film is R-Rated and also contains gun violence shown in the film. I would say this, you can watch this if you like, but take caution when you’re planning on seeing this film.

Posted by Dallas Movie Screenings at 8:03 AM