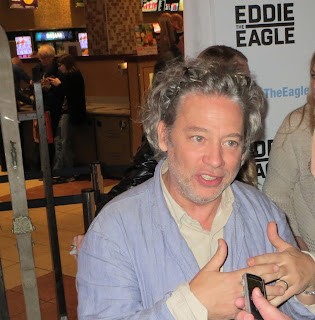 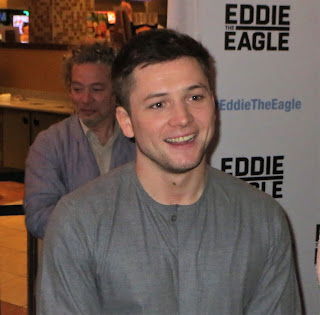 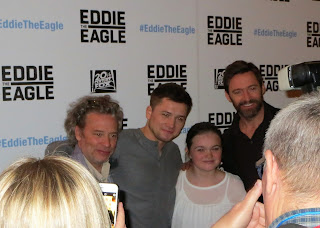 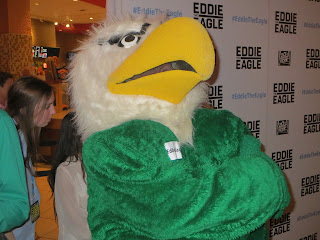 This is a film that doesn’t come around every day. With its specificity and clean execution, Eddie The Eagle soars into the hearts of an all-ages audience with the ultimate underdog story. The story follows Michael “Eddie” Edwards, a persistent wannabe Olympian, who from a young age struggles with athletics. His parents are loving and his mother supports him through all the broken surroundings while his father doesn’t understand his son. Eddie, after failing to go to the Olympics with down-hill skiing, goes to a ski jumping resort where he begins his journey to the 1988 Calgary Olympics. The film really focused on Eddie’s courage, ambition, and diligence which I thought was done in a remarkable way and was an excellent move. In the beginning, we see an adorable child go through several broken glasses while his patient and caring mother keeps on encouraging him. When the mother says to the youngster that he’ll need his lunch box to put all his medals in, we feel the warmth and touching sweetness of her love. Eddie, who was played in an exact way by Taron Egerton, is a different and clumsy person. Because of his gentle and charming characteristics, we know exactly how people back then fell for him in a huge way. Ski jumping is constantly put to our faces as an extremely dangerous sport by the film. When one watches Eddie watch the ski jumping video for the first time, they feel shock and chills with the bone breaking while Eddie just subtly grimaces. That tiny scene in little words shouted out Eddie’s willingness to go way over the bar. Bronson Peary, a fictional coach played by Hugh Jackman, is a quick witted veteran of ski jumping who finally devotes his time to Eddie not killing himself on a mess up. Jackman has the spot on American accent, muscular build, and deliverance of lines to pull the character off completely. There’s one scene where Peary is about to do the 90m jump, the highest in the resort, while he’s intoxicated. After a brilliant choice in the script to put a cigarette in his mouth, he dives down and lands in a sports fantasy-like scene. Taron Egerton is a relative newcomer who recently starred in Kingsman: The Secret Service. He nails Eddie’s under bite and character in a researched method. This is a film that every person can watch and the story is so unordinary that one has to be reminded of its truth.
(Review by Wyatt Head)