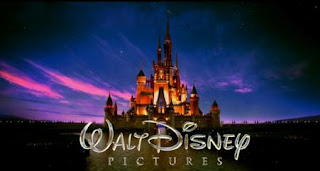 Walt Disney shorts spread magic!
From the minds of Mickey Mouse, “Frozen,” and “Tangled,” comes a string of short films produced by Walt Disney Animation Studios that will take you directly to the magical world of Disney. These shorts have contain full of slapstick, cartoonish gags, drama, chaos, and musical adventures. Eighteen unforgettable short films I have watched that will experience the histories of animation from past to present. (Randomly selected)

· Tummy Trouble (1989): First Roger Rabbit short about a rabbit named Roger is taking his baby friend, Herman, to a hospital after Herman accidentally swallowed a rattle. This was shown in front of “Honey, I Shrunk the Kids.” (7:40)

· Roller Coaster Rabbit (1990): Second Roger Rabbit short about Roger taking his baby through the country fair and ends up in a scariest, fiery roller coaster. This was shown in front of “Dick Tracy.” (7:50)

· Off His Rockers (1992): a rare short film about a wooden horse tries to gain affection from a video-game playing boy. This was shown in front of “Honey, I Blew Up the Kid.” (4:50)

· Trail-mix Up (1993): Third (and last) Roger Rabbit short about Roger rescuing his baby through the adventures of campgrounds, saw-mill, and watery rivers with cartoonish mishaps. This was shown in front of “A Far Off Place.” (8:50)

· Runway Brain (1995): This short about Mickey Mouse trying to find a wonderful anniversary gift to Minnie Mouse, but finds himself wind up in a science lab to switch the brains from him to the 15-foot monster. This was shown in front “A Kid in King’s Arthur Court.” (Approximately 7 minutes)

· Lorenzo (2004): a short about a mean-spirited cat who cares for his tail until a mysterious black cat forced him to get of his tail desperately. This was shown in front of “Raising Helen.” (4:50)

· The Little Matchgirl (2006): a short about a lonely girl struggling to stay warm by using matches whilst remembering the memories with her grandmother. (6:40)

· How to Hook up Your Home Theater (2007): A Goofy short about him buying lots of home theater equipment for his home to watch the football game. This was shown in front of “National Treasure: Book of Secrets.” (6:20)

· Prep & Landing-Operation: Secret Santa (2010): a holiday short about the two elves who are on a mission to retrieve the secret box from Santa’s secret room. (6:55)

· The Ballad of Nessie (2011): a short about a creature named Nessie who was forced to find a new home after the old one have turned into a mini-golf course. This was shown in front of “Winnie the Pooh.” (5:30)

· Tangled Ever After (2012): After the events of “Tangled,” the horse and the chameleon, Pascal and Maximus, have lost the wedding rings for the married couple, Rapunzel and Eugene, and must retrieve it through the series of chaos. This was shown in front of a 3D re-release of “Beauty and the Beast.” (6:30)

· Paperman (2012): a short about a male worker tries to get an attention to a young woman using several flying paper airplanes. This was shown in front of “Wreck-It Ralph.” (6:35)

· Feast (2014): a short a food-loving dog enjoys eating food with his owner but finds his eating life even more when the owner falls in love with the waitress girl, who persuades him and his dog to take up on a healthier lifestyle. This was shown in front of “Big Hero 6.” (6:10)

· Frozen Fever (2015): Another “Frozen” adventure about Elsa preparing a birthday party for Anna but gets into a cold fever. This was shown in front of Disney live-action film, “Cinderella.” (7:55)

· Inner Workings (2016): a short about inner-working body parts control the average worker to perform a daily routine, which is a typical day at work, but gets fun-filled attentions on the way. This was shown in front of “Moana.” (6:25)

These short films are outstanding with some good usage of CGI, compared to Pixar, and got some unique story twist that fits the G-Rated genre and tradition of Disney. They put some raw energy, great focus, and main conflicts of each shorts with different backgrounds.
However, the only short film that is not G-Rated is Roller Coaster Rabbit, which had garnered a PG-Rating. This short film contain a little bit of the disturbing scenes that you should be on a lookout for your children or anyone. I don’t why they did it but they did just to add comedy in the background. It makes sense for this short.

Overall, all of the short films are outstanding with a great piece of work and mind to show the audience as a great showcase, especially some shorts that was screened in front of a Disney animated film (or live-action). Like the Pixar shorts, all of the short films would never disappoint you as these bring you the magic gift of adventure. You’ll love all the fun from the characters.

Grade: A+
(Review by Henry Pham)