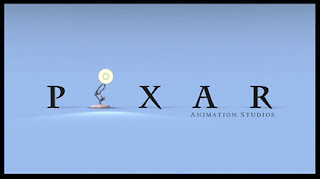 From the team who produced “Toy Story,” “Monsters’ Inc.,” “Finding Nemo,” and “Cars.” Comes a string of short films that innovates the great life of animation, motion pictures, and the usage of computer technology systems that will bring the world into such great heights of storytelling and depth of the characters. Here’s the list of shorts from 1984 to now.

· The Adventures of Andre and Wally B. (1984): Lucasfilm’s created short about a character named Andre receives a pesky visitor. (1:55)

· Luxo Jr. (1986): First CGI short nominated for Oscar and the first Pixar short about an adult lamp, watching over a child lamp playing with a ball, which accidentally deflates. This is one of my favorite shorts to watch. This was shown in front of “Toy Story 2.” (2:10)

· Knick Knack (1989): This short tells about an unlucky snow globe snowman who tried many attempts to escape from his snow globe. This was shown in front of “Finding Nemo.” (3:35)

· Geri’s Game (1997): Oscar-winning short about a man playing chess against his greatest opponent: himself. This was shown in front of “A Bug’s Life.” (4:50)

· Boundin (2003): A short about a sheep who finds life difficult after being sheared. This was shown in front of “The Incredibles.” (4:40)

· Jack-Jack Attack (2005): This short, during the events of The Incredibles, about a baby who has looked after the babysitter with secretive super powers. (4:45)

· Mater and the Ghostlight (2006): A Cars short about Mater believes that the mysterious “Ghostlight” is after him after hearing that story. (7:10)

· Lifted (2006): A short film about a novice alien trying to capture a human through the series of toggle switches. This was shown in front of Ratatouille.” (5:00)

· Cars Toons: Mater’s Tall Tales (2008-12): Eleven short films about Mater talked about his past with his previous occupations, and with McQueen’s sudden participation.

· Day & Night (2010): these two characters who have opposite events happing: one daytime activities and one nighttime activities. This was shown in front of “Toy Story 3.” (6:00)

· Hawaiian Vacation (2011): One of three Toy Story shorts about a couple taking a vacation in Hawaii but in the little girl’s house. This was shown in front of “Cars 2.” (5:55)

· Small Fry (2011): One of three Toy Story shorts about Buzz, replaced by mini-Buzz, trying to escape the fast-food joint. This was shown in front of “The Muppets.” (7:05)

· Partysaurus Rex (2012): One of three Toy Story short films about Rex, left-behind in the bathroom, gets into a wild, funny bath party with the bath toys. This was shown in front of the 3D re-release of “Finding Nemo.” (6:30)

· The Blue Umbrella (2013): A romantic short about blue umbrella trying to be close to the female, red umbrella. This was shown in front of “Monsters University.” (6:45)

· Party Central (2013): After Monsters University, A short about Mike and Sulley throwing a party to his fraternity brothers, while disturbing the married couple’s sleep. This shown in front of “Muppets Most Wanted.” (5:40)

· Riley’s First Date (2015): After Inside Out, a short about Riley’s parents and emotions are suspecting that a boy is going a date with Riley. (4:40)

· Sanjay’s Super Team (2015): A short about the little boy’s experience between religion and superheroes. This was shown in front of “The Good Dinosaur.” (7:05)

· Lou (2017): this latest short about a mysterious lost-and-found monster that tries to stop the bully from destroying and stealing the children’s toys. This was shown in front of “Cars 3.” (6 minutes)

All Pixar short films are outstanding for a good opening act before the main feature film begins. The storylines for each shorts gives a good twist, comedy, drama, romance, and a turning point for the events. All these shorts are part of the animation tradition. Pixar kept a good work ethic between short films and features for their tradition to them and to Disney. I do like the theatrical shorts that have a good taste of original ideas as Pixar put some good unique way to showcase to the audiences. Overall, all of the Pixar shorts performed in a cinematic style like the Pixar feature films.

I’ll have you know that these short films would never seem to disappoint you when watching these in front of a Pixar film or all together on Blu-ray/DVD. Although there are a few shorts, such as Party Central, that are hard to find but you’ll have to look harder for a good version if you want to see it. However, the only thing you might concern about is the time length for all shorts so I suggest you need to check the time lengths before watching this is but you can watch it separately. You don’t have to watch it all together unless you wanted to get more fun than ever.

Grade: A+
(Review by Henry Pham)