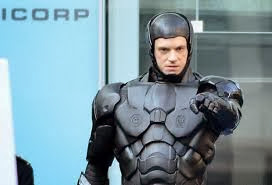 I really liked the original but this one felt a bit flat to me. The original Robocop was gritty, dirty, violent and better executed in my opinion. The directing of the new one is loud, flashy and shiny. That's the best way to put it. It's not a bad movie but I think the director is lacking the grit from the original. The acting is ok. Michael Keaton and Gary Oldman were the best parts as they did their best with the script that was given to them. The cinematography isn't bad and it actually makes the action scenes better to watch. It's two hours long but it felt longer than it did so the pacing was a bit slow for a Robocop movie. Overall it's not bad and the action scenes are cool but this is just another shiny and flashy reboot and I just felt neutral about it. 5/10
(Review by Chase Lee)