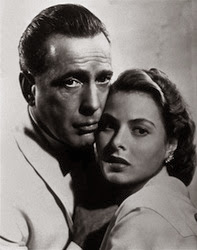 TCM Unveils Cities Chosen for March 4 Screening of Casablanca,
Including 10 Locations Chosen with Input from Fans

Presented in collaboration with Warner Bros., TCM's 20-market screening of Casablanca is one of many events surrounding the celebration of the network's 20th Anniversary as a leading authority in classic film. Although the screenings are free, tickets are required for entrance. Free tickets are now available for download from the TCM 20th Anniversary website: tcm.com/20.

TCM's special screenings of Casablanca will begin at 7:30 p.m. local time in all 20 cities. The following is the complete roster of theaters that will be showing the film:

* Seating is limited. Entry will be on a first-come, first-served basis. Tickets do not guarantee entry.

In Casablanca, Bogart plays Rick, a nightclub owner who gets involved in smuggling refugees out of Vichy-controlled Casablanca. Bergman is Ilsa, the woman he once lost and who is now seeking to escape the Nazis with her husband, Victor (Henreid). And Rains is the corrupt police inspector whose loyalties are hard to place.

Fans who want to own this treasured film will be glad to know that an elegantly packaged gift set edition, Casablanca 70th Anniversary 3-Disc Blu-ray + DVD Combo Edition is available for purchase. The limited and numbered collection contains almost 14 hours of bonus materials, with five comprehensive documentaries, commentaries and collectibles that include a 60-page production art book with never-before-seen photos, personal memos and archival documents, a reproduction of the original 1942 film poster and a set of four drink coasters. In addition, Casablanca is available as a single-disc Blu-ray or Special Edition DVD, as well as being offered as part of a Blu-ray Double Feature with African Queen, and included in the Best of Bogart Collection.

Turner Classic Movies (TCM) is a Peabody Award-winning network that presents great films, uncut and commercial-free, from the largest film libraries in the world. TCM, which is available in more than 85 million homes, features the insights of hosts Robert Osborne and Ben Mankiewicz, plus interviews with a wide range of special guests. Currently in its 20th year as a leading authority in classic film, TCM offers critically acclaimed original documentaries and specials; film series like The Essentials, hosted by Robert Osborne and Drew Barrymore, and Friday Night Spotlight; and annual programming events like 31 Days of Oscar® in February, Summer Under the Stars in August and TCM Essentials Jr. during the summer. TCM also connects with movie fans through such events as the annual TCM Classic Film Festival in Hollywood and the TCM Classic Cruise, as well as through the TCM Classic Film Tour in New York City. In addition, TCM produces a wide range of media about classic film, including books and DVDs, and hosts a wealth of material online at tcm.com and through the Watch TCM mobile app.

TCM is part of Turner Broadcasting System, Inc., a Time Warner company. Turner Broadcasting creates and programs branded news; entertainment; animation and young adult; and sports media environments on television and other platforms for consumers around the world.