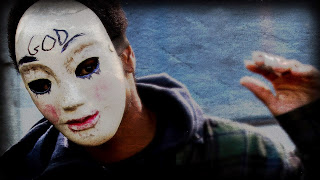 I didn't like the first "Purge", yet I found the concept enthralling. It was the execution of the first one that made me hate it as it went into average horror film territory and not exploring this awesome, psychologically driven concept. I can't say that about the second one, "The Purge: Anarchy", because I got what I wanted that was missing from the first, focusing on multiple people and how each would react to the purge if it actually existed. What's weird is that the writer and director, James DeMonaco, also wrote and directed the first one, but this felt like he explored the purge and how people are psychologically challenged. What would you do during the purge? This is the question that is further explored and I liked that. The tone of this one felt more like a psychological thriller than a horror film. I also really like that it is taking place outside versus staying inside of a house. So in terms of directing, he nailed the perfect tone of this concept and making it gritty, realistic and testing limits of the human mind. The acting is ok, the only standout is Frank Grillo. He is essentially the lead and I have to tell you, he has the chops to carry a film. He was in "Captain America: The Winter Solider" earlier this year, as Crossbones, and he stood out but didn't have much screen time, here he can show us he can lead a film. All the other actors tried. The cinematography was great considering they had the whole city to use as their visual playground. The first one stayed primarily in a house, and that’s fine, but it didn't have much liberty in terms of shooting. The editing of this 103 minute film is paced well. It keeps you entertained, at some points keeping you on edge, on what will happen next. Listen, this is not an Oscar worthy movie by any means, some of the dialogue is cringe-worthy, but I was entertained, disturbed and it was a nice break from the big blockbusters. I thought it was way better than the first one, and the political and social questions are raised even further making you feel creeped out that people might do this if it existed. But this movie is a fantasy and that's the definition of cinema, projected fantasy. But we have all thought of this and what we would do during the purge. 7/10
(Review by Chase Lee)