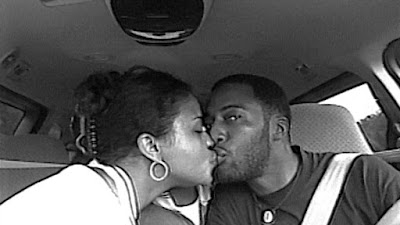 It’s “TIME” to be released!

Director Garrett Bradley brings the audience the story of a strong woman named Fox Rich who has spent 20 years on the mission of getting her husband's prison sentence reduced. It was dated back somewhere in the late 90s, and the desperate couple were arrested for armed bank robbery. Though Fox took the plea bargain, while her husband Rob did not.

TIME focuses on Fox Rich who has served less than three years for her involvement in the robbery, while a Louisiana judge sentenced Rob to sixty, with no allowance or guarantee for parole. At that time, Fox was pregnant with twins when Rob was sentenced. She later has six boys and now becomes a full-time mother taking care of her children while she works to support them and to release her husband. Director Bradley expertly weaves clips from the home videos Fox recorded for Rob with 'in the moment' discussions and observations of her attempts to get someone in the system to hear the case.

The director, the crew (including Lauren-Paul Jobs as executive producer) and the film itself did a perfect job on providing some really good conveying messages on female empowerment, the culture of black representation, and bringing the listening, understandable effects of incarceration of one family (or more) expertly and slowly. Bradley demonstrates on how any person like Rich herself And what can be brighter is the music (with mostly just beautiful piano playing in the background) that often overpowers the dialogue throughout.

When TIME was released at the Sundance Film Festival 2020, it received a heartwarming reception coming from the critics and audiences respectively. This was mainly due to the film being strikeable resemblances to the family emotions and societal issues being spread all over.

Though the only thing that is wrong with the film is the horrendous sound mixing technique on the first half of the film, but the plot and the story seem flawless and easy to follow from that perspective. In addition, the black-and-white images blennd perfectly to give some sort of a feel of being a documentary film that was made somewhere in the 1950s or 60s’ decade, or what others addressed these times as the segregation era.

TIME is a wondrous 80-minute documentary feature film. The Rich family and the filmmaking crew did an outstanding job putting all the video clips, commentaries, and interviews together in one huge documentary film. I would heavily believe that this film may be a fine contender for an Oscar nomination for that consideration. If you love to hear and see more about this film, I say go watch it if you want to dive deeper into history.