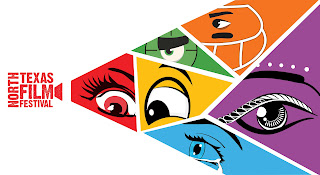 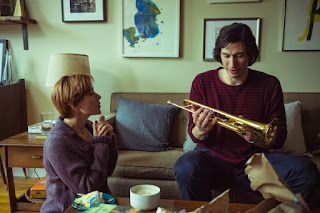 The title of writer/director Noah Baumbach’s film, “Marriage Story,” is a bit of a misnomer. While it is indeed about a marriage, it’s not about an ongoing look at a couple’s union. Rather, it’s an examination of the process of divorce, delving into the vileness that even a seemingly amicable separation can fall into.

Charlie (Adam Driver) and Nicole (Scarlett Johansson), a theater director and an actress respectively, share what they love most about each other as the movie begins, starting the film off on a positive note that quickly does a 180 when it’s revealed that this is a task required by their divorce mediator. Even as the pair prepares for separation, they seem friendly enough, wanting to end on good terms for the benefit of their only child, Henry (Azhy Robertson).

Nicole has decided it’s time for a career change, moving home to Los Angeles to star in a TV pilot and to be near her family – mother, Sandra (Julie Hagerty), and sister, Cassie (Merritt Wever). Things take a nasty turn when a crew member prompts Nicole to hire a divorce lawyer. Enter Nora (Laura Dern), a charming and friendly woman who soon begins prying at Nicole to uncover the marriage’s dirty laundry, turning what was a potentially quick separation into a vicious custody battle.

Baumbach’s film seems like a movie from another generation. While it takes place in modern-day New York City and LA, Baumbach’s choice to shoot on 35 mm film stock gives the film the appearance of a bygone era. “Marriage Story” has a pleasing textured look that’s absent from the majority of modern-day digital filmmaking. The film is beautifully photographed by cinematographer Robbie Ryan, who keeps the framing intriguing and eye-catching.

On that same note, the film’s pacing gives the feel of cinema from the 1970s. “Marriage Stoy” is slow without ever being dull. Baumbach takes the time to examine both sides of the story. Nicole’s point of view is explored for an extended period of time before shifting to Charlie’s perspective. Baumbach keeps the narrative shifting between the two throughout the film. The screenplay’s examination of both sides keeps either person from becoming the victim or the perpetrator in the situation. Though it has a depressing storyline, “Marriage Story” is often surprisingly funny. Baumbach takes the various elements of divorce and uses them to create humorous moments without detracting from the gravity of the situation, creating a perfect balance between the serious and the comedic.

The biggest draw of Baumbach’s movie is the performances from the acting ensemble. Everyone appearing in the movie has a chance to shine. Johansson and Driver’s performances are the heart of the film. They show a tender concern for each other’s wellbeing that slowly shifts into an uncontrollable screaming match, the film’s climax, as their lawyers get under their skin. The circumstances get blown out of proportion, causing things to get ugly. After seeing Nora’s manipulative, dirty tactics, Charlie fires his friendly older lawyer (Alan Alda) for a tougher, hardball player (Ray Liotta) who can match her wits. Dern is a scene-stealer as Nora – a charmer who’s devious, beautiful, and well-composed. She’s wonderfully despicable in the role.

Its subject matter will surely be a turn off for some viewers but for those who can take it, “Marriage Story” is among the year’s best works. Baumbach takes viewers on an emotional journey as he guides them through Charlie and Nicole’s divorce, allowing each of his performers to showcase their acting ability throughout. Simultaneously moving, humorous, and gloomy, “Marriage Story” is definitely one to seek out.
(Review by Bret Oswald)