Best of the Fests; Red Dog 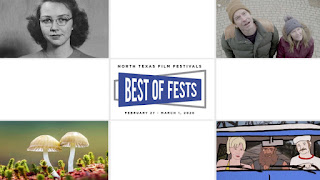 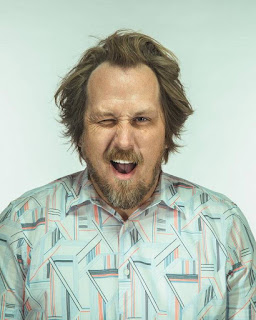 Review: Red Dog
The film is part of the film festival called Best of Fests being showcased in Dallas, TX, sponsored by EarthX and it’s division, EarthX film. The title of the film doesn’t have to be associated with films that feature dogs in the movie or any kinds of buddy films that feature a doggy adventure. Director and musician Luke Dick will discuss how he grew up from childhood to being a musician by sharing his experiences with life at the bar, strip club, and at home with families. about his childhood in the strip club. Here in the film, it’s all about the family issues and the saloon called Red Dog where several of the families explain about their life situations dealing with alcohol, family struggles, and the times at the bar.

This documentary feature focuses on Luke Dick’s life as a toddler growing up from the family of strippers, bouncers, criminals, and outcasts. He now has kids of his own. As he began asking questions to his mother about his childhood, his mother explains about the struggles and the darkness being spawn all around the family as Luke grew up and so does his other family members and friends.

As the feature goes by time to time, Luke demonstrates the behavior of how he and his family members have overcome the struggles after their time working at the bar as strippers, bouncers, and bartenders. Luke and the director Casey really put more filming angles to it when it involves finding a good bar to shoot and to explore as methods of discovering something that is old-fashioned. Additionally, the direction and the setting are well put together to remember the life in the 1960s where alcohol and drugs were the big impact but most disturbing towards families and children who were born or grew up in the 1960s decade. Other than that, the directors know what they wanted to do in order to dive deeper drifts on Luke's family.

Speaking of that, Luke’s family really carried much dynamics as they represent the struggles of life and battling addiction. These two really define what life working at the bar or saloon can do for the family and one’s future. Not to mention the strong language being used to add much drama and comedy in the background. Despite being a documentary film, language adds much more to the lazy-script writing as one’s life’s own advantages.

As a final aside, Red Dog is a wonderful documentary, Luke and his team have worked such a beautiful work when it comes to rough childhoods and adulthoods. Who knew that something can be small and abandoned can leave a tiny piece of imagination. Luke, his family, and the crew who worked on this film really did a great job on contributing to this project on a number of levels, despite the small budget for an indie film. It definitely deserves more attention than any other documentary films that have been shown widely in front of the public. My feeling is go and see this movie whenever you like.