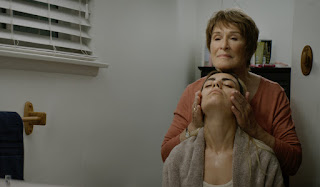 People admired Glenn Close based on her arousing popularity and her acting professionalism. But as any ordinary film director out there in Hollywood, having Close to star in their films can be a tough challenge. This film was heavily based on a true story by Pulitzer Prize-winning Washington Post writer Eli Saslow and was featured as one of the showcasing film selections for the 2020 Sundance Film Festival. Director Rodrigo García takes his role as director of the film while Close and Mila Kunis team up in this project as their main-leading roles.

Four Good Days centers on a young woman named Molly who enlists her mother Deb for serious help while fighting a fierce battle against the demons that have derailed her and her life. Though one of her biggest problems is Deb refuses to help her unless she comes clean. Despite all the attempts Molly has been going through with grief and rage, Deb forces herself to recover and save her beloved daughter from her deadly addiction in just four days.

Rodrigo García is known for directing drama films, including Mother and Child and Albert Nobbs, the latter of which García and Close have previously collaborated on. He also developed and directed HBO’s In Treatment and WIGS series Blue, which was shown on Youtube. With his direction, the poignant story seems to be in order with increasable chemistry between Kunis and Close. Close, who has previously portrayed a mother in her latest film Hillbilly Elegy, is great as she has it in the bag when it comes to acting as a subordinate parent to the main protagonist while Kunis is very unpleasant and unsophiscated for her protagonist role. Nevertheless, both of them are enjoyable to watch as they’re trying their best to keep up with their parts together during the course of the film.

Though there are lots of undesirable moments displayed throughout the film, the second-half really goes down to a fall due to its dark tonic nature on Mila Kunis’ character dealing with much trauma over the entirety of the film from her recent drug addiction, a dysfunctional mother-and-daughter relationship scenes, and the absent-minded male characters are not helpful to this piece. Another upset is that family isn’t the main dynamic of the story, drug addiction becomes the main theme to this plot-making arc. And lastly, the ending is a bit terrible and confusing in the last ten minutes of the film.

Other actors are present in the film: Stephen Root (Office Space, King of the Hill, Finding Nemo) playing the role as Molly’s stepfather Chris, Joshua Leonard (The Blair Witch Project) as Sean, Rebecca Field (Lifetime series’ The Client List, A Star is Born) as Coach Miller, and Sam Hennings as Molly’s father and Deb’s ex-husband Dale.

Four Good Days isn’t a good hundred-minute movie despite what Glenn Close has to offer. Close is great in all, but the entire story is just a huge mess and a huge miss. I don’t mind trying this film out but honestly, I don’t like this film because of the weakened plot the director has brought. I think you should pick a different movie to make up for those hundred minutes of your life.