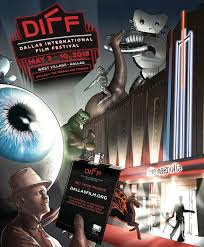 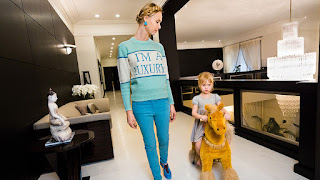 The Spoils of Capitalism Can Be Quite Horrifying

In all likelihood, Generation Wealth started as a very different thing than it turns out to be. Director Lauren Greenfield intended to research a generation’s worth of attitude toward and accruement of wealth in America. Instead, the documentary partly supports her thesis with anecdotal storylines belonging to her many interview subjects and partly reflects upon the filmmaker’s own past work. Sometimes, she literally just recycles footage from that work, such as when the story at the center of 2012’s The Queen of Versailles, in which mogul David Siegel and his former-beauty-queen wife Jackie attempted unsuccessfully to build a palace in the middle of Florida.

The subjects here have stories that similarly share a tragic quality. Take Florian Homm, a former hedge-fund manager who found himself on the Federal Bureau of Investigation’s Most Wanted list (alongside Osama bin Laden and others) for his criminal mismanagement of his own money. He was among those affected directly by the United States withdrawing from the gold standard in the days of Ronald Reagan’s Presidency. Money was printed as if it was a dying man’s last meal – which might actually be an accurate analogy. As a journalist puts it, a society is at its richest when it’s bouncing back from the point of death.

Greenfield finds room, though, for more intimate story arcs, too, such as when she catches up to a handful of people from one of her first projects (an examination of party culture in high school circa 1991). None of these people wound up where they expected, least of all one man who enjoyed a short career as a rapper of independently produced tracks and planned, by the time he was 40, to have made nine figures. Now that he’s 41, he lives very near to where he grew up, has children and a wife, and works in the tech world. Such stories are common as the filmmaker continues her research and reflection.

Some of those stories are downright lurid, as Greenfield’s journey takes her into the worlds of child beauty pageants (where Eden Hood, at the age of six, desires money above all else to be the light at the end of her tunnel), exotic dancing (where, in the nudity-friendly club Magic City, patrons will regularly throw thousands of dollars at the dancers’ writhing bodies), V.I.P. access (where one woman has raised her son in view of the decadence), and adult entertainment (where former actress Kacey Jordan, following an expensive and well-publicized party with Charlie Sheen and the contraction of salmonella after a particularly adventurous video, has retired to a quieter life at home).

Greenfield is frank and honest during such stretches, earning the film its harsh R-rating, and money ties all of it together. The cruel cycle of capitalism has its way with all of these people, and the stories don’t end with any of the previous paragraphs. In a way, there are too many to recount, but this doesn’t mean that the film overextends its reach with the amount of material. If anything, it is a testament to Greenfield and her team of four editors (Victor Livingston, Dan Marks, Aaron Wickenden, and Michelle Witten) are able to make sense of this material. Eventually, the film comes back around to its director, who, in addition to research, is compiling a photographic presentation of her findings. Generation Wealth is as much about the heavy weight of capitalism as it is about Greenfield’s act of processing it through art. The result is extraordinary.
(Review by Chase Lee)

Posted by Dallas Movie Screenings at 11:38 AM