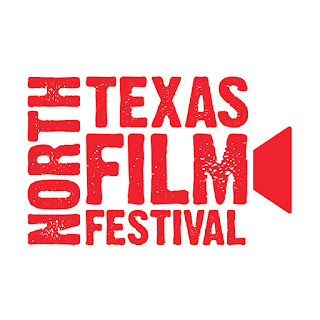 DALLAS, August 19, 2019 – Dallas Film today announced the first 15 films for the first-ever North Texas Film Festival (NTXFF) powered by Capital One. The full lineup will consist of more than 20 curated films for categories pertaining to sports, family, date night, horror, Best of DIFF 2019 (popular films from the 2019 Dallas International Film Festival), veteran films, early access sneak peeks, shorts, and Oscar-contending films. In addition, two of the shorts are Texas and world premieres. This will be the first festival to represent North Texas, and it will be held September 26 – 29, 2019, at Cinemark West Plano and XD (3800 Dallas Parkway, Plano, TX 75093). Reserved seating for each screening will be available to the public through Atom Tickets starting August 26. A festival lounge will be located within the theater with special perks for festivalgoers to indulge in.

“We are thrilled to bring a diverse and accessible collection of films and red-carpet events to the North Texas area,” said Johnathan Brownlee, CEO & president of Dallas Film and executive director of Dallas International Film Festival and North Texas Film Festival. “We value bringing people together to discover the art of film. Film is the most relatable art form and our goal with this new festival is to spark meaningful engagement with film in the North Texas region, welcome a full house for each screening, bring in incredible talent and filmmakers from around the world and create a one-of-a-kind festival experience for all who attend.”

This year, Dallas Film is pleased to announce a special partnership with FANGORIA, an iconic horror magazine. For 40 years, FANGORIA has remained a pre-Internet beacon for what’s new and exciting in horror. If it was on the cover of a Fango, it was a must-see. To honor those must-see horror movies, FANGORIA is teaming up with Dallas Film and the North Texas Film Festival to present two beloved films, both famously gracing the pages of the magazine. Curated screenings of “Re-Animator” (Stuart Gordon, 1985) & “Poltergeist” (Tobe Hooper, 1982) will be presented with exclusive introductions from the FANGORIA Vault. Movie lovers and horror fans alike will delight at the opportunity to see these classics on the big screen once again.

“Poltergeist is not only iconic, ranking amongst the best horror films ever made, but one of the genre’s most effective “haunted house” movies,” said a representative of Fangoria. “A terrifying team-up like no other between writer / producer / “ghost director” Steven Spielberg and director Tobe Hooper (THE TEXAS CHAINSAW MASSACRE), Poltergeist became quintessential suburban horror of the 1980s Amblin era. It is required viewing for any lover of film and the horror genre - no matter your age or current status in your "transition to a different sphere of consciousness.”

Based on the 1922 H. P. Lovecraft serial novelette Herbert West–Reanimator, Re-Animator (1985) is one of the most impressive debuts from a first-time filmmaker in the genre of horror. The film not would only introduce us to the genius of co-writer/director Stuart Gordon but also Herbert West himself, genre icon & star Jeffrey Combs, as well the legendary "Scream Queen" Barbara Crampton in her first horror role. Oozing with neon green gross-out gory horror, Re-Animator is equally as spine-tingling as it is inappropriately, irreverently comedic.

“As we considered several types of films for this festival, we knew we wanted to speak to the culture and interests of the North Texas area,” said James Faust, artistic director of Dallas Film. “Given the incredible sports presence and family-friendly environment, we knew we wanted to pick films that inspire, showcase how athletes overcome adversities, and bring joy to people of all ages. We have many exciting events in the works and are eager to create an exceptional festival experience for all who attend.”

Proceeds from NTXFF will benefit the Veterans Institute for Film and Media, a program that prepares veterans for careers in film and media production through education, mentorships, and job placements. For details about VIFM, visit www.vifm.us.

Dallas Film (www.dallasfilm.org), established as Dallas Film Society in 2006, is a 501(c)(3) nonprofit organization that exists to celebrate the past, present and future of film in our community. The organization provides leadership in screen education and the recognition and celebration of excellence in the art of film, television, and digital media. Through a variety of screenings, educational programs, and festivals, Dallas Film raises awareness of the world’s most approachable and inclusive art form.

Synopsis: A Soldier’s Way follows the story of soldiers Steven Barr (Tim Llewellyn) and Chris Villanueva (Grey Acuna) during a tour in Afghanistan, simultaneously exploring their lives/commitments stateside. Steven Barr is the modern soldier, from his physique to his adrenaline addiction, with a wife Andrea (Molly May Rockwell) and child (Kohen Marburger) wishing they had more of his focus between multiple tours of duty. Chris Villanueva is a combat photographer assigned to Barr’s company during a routine tour in country, who has a healthier relationship to his pregnant wife, Lacey (Bonnie Gayle), and combat career. The film explores the connection between these two soldiers and their families back home, blurring the line between here and now, much like a dream, as both worlds face a deteriorating reality.

Movie Title: Back of the Net

Synopsis: A new student at a soccer academy is determined to beat her rival's team in the national tournament.

Synopsis: Years of carrying out death row executions have taken a toll on prison warden Bernadine Williams. As she prepares to execute another inmate, Bernadine must confront the psychological and emotional demons her job creates, ultimately connecting her to the man she is sanctioned to kill.

Movie Title: Live from the Astroturf

Synopsis: Alice Cooper reunites with the surviving members of the original lineup of the band to perform a blistering set on a small stage of pink AstroTurf at independent music store Good Records in Dallas, TX, 40 years after the band parted ways. Store owner Chris Penn pulls off the near insurmountable task of organizing the event and keeping Alice's appearance a secret until the original shock-rocker hits the stage.

Synopsis: Mack Wrestles takes the audience behind the scenes as Mack Beggs, a gifted athlete from Euless, Texas, struggles against the outside forces that stigmatize transgender athletes.

Synopsis: A family's home is haunted by a host of demonic ghosts.

Synopsis: Ariel (38), is involved in the arrest of a teenager accused of stealing a cell phone. A mass of people surrounds the young man, some blame him, beat him, others defend him. The police do not arrive. Ariel must decide which side he is on.

Synopsis: After an odd new medical student arrives on campus, a dedicated local and his girlfriend become involved in bizarre experiments centering around the re-animation of dead tissue.

Synopsis: Three Renees go on a quest to find God, who is also Renee. As they travel the hills and valleys of Renee, they discover all the great joys, trials, and mysteries of being Renee.

Synopsis: An introverted young girl finds she had more in common with deceased grandmother than she could have ever possibly imagined.

Movie Title: The Blind Side

Synopsis: The story of Michael Oher, a homeless and traumatized boy who became an All American football player and first round NFL draft pick with the help of a caring woman and her family.

Synopsis: A soon-to-be stepmom is snowed in with her fiancé's two children at a remote holiday village. Just as relations begin to thaw between the trio, some strange and frightening events take place.

Synopsis: Winn Morton - a visionary, 90-year-old costume designer who honed his craft on Broadway and with Ringling Brothers Circus- brings over-the-top fantasy and sparkle to a conservative debutante pageant in small town Texas.

Synopsis: The Tony Alva Story chronicles T.A.’s humble beginnings on the streets of Santa Monica to his rise to superstardom as part of the legendary Z-Boys, his inevitable drug-induced implosion and his ultimate rise from the ashes to accept his rightful place as a beacon of hope and inspiration for generations of skateboarders the world over.

Synopsis: A Texas troubadour's quiet life is upset by the realization that he isn't where he had hoped to be at this point in his career. He questions the decisions of putting off a family life in hopes to one day "make it" by isolating himself on the open road and playing small honkey-tonks. Too late to stop following the dream and too early in his career to be a legend, Wes Milligan's struggle for a better life begins to spiral out of control. In these darkest moments, he writes THE song.