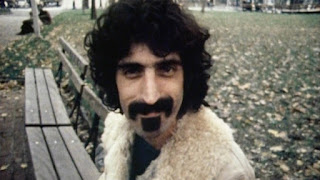 Some people who have a history with meeting or working with successful people, especially celebrities and musicians, can sometimes believe that successful people and celebrities can be brash and rude at any time. People can be rude and nice at the same time towards their fellow friends, family, fans, and colleagues as well. Take Walt Disney for example, lots of people who knew about him in his lifetime identified him as a very mean man due to his stubbornness and his comments about being anti-Semantic towards his employees and people all around. After the time of his death in 1966, he still remains a cultural icon just as any successful well-known people can be. My main guess is that fame and fortune are what any person can aim for.

Zappa is another biographical, documentary film that focuses on the life, work, sparkling career, and the downfalls of a musician named Frank Zappa. It is written and directed by Alex Winters. Alex Winters is a filmmaker and actor currently. He famously played the character named Bill S. Preston, Esq. in the first two Bill & Ted films, co-starring with Keanu Reeves (John Wick series) and the late George Carlin (Thomas and Friends). He later reprised his role in 2020’s Bill and Ted Face the Music. He also wrote, directed, and starred in the film Freaked, which was released in 1993. He additionally appeared in the 1987 vampire film The Lost Boys, portraying the role onscreen as Marko. He is currently a documentary filmmaker as of 2020.

Under the direction from Alex Winter himself, he and his team have assembled a plethora of archive footage being broadcasted into one chronological, showcasing documentary film. Zappa features guest appearances by Frank’s widow Gail Zappa and several of Frank’s musical collaborators including Mike Keneally, Ian Underwood, Steve Vai, Pamela Des Barres, Bunk Gardner, David Harrington, Scott Thunes, Ruth Underwood, Ray White and others. Winters and the crew also provide some interesting, but rarely unreleased footage from Zappa's personal vault, to which Winters is granted access by the Zappa Family Trust for the sake of the plot and storyline about Zappa’s work.

As the film progresses, one of the best stories included is how Zappa's biggest hit and success came to be. Winters provides the story targeting and impacting Frank Zappa that had many generations of slowly aging young persons coming of age came to what it seems to be the focal point of this documentary. It felt like this is an on-and-off freak out show that many viewers have expressed their taste or distaste on Frank Zappa, listening to his albums that never came to the light again.

While Zappa is enjoyable to watch with glee, just to be cautionable to take, there were several recalls of Zappa's appearance being in horrible shape during his lifetime as well as interviews about him in regards to the drive that include parental warning labels on published music and videos centered on him. Speaking of that, be advised that there’s strong language being used in the film and some interviews explaining Zeppa's dilemma and his positive and negative behavior towards his people, giving him a dark persona. Nevertheless, Zappa himself viewed this as nothing more than rudeness and censorship as he was one of those musicians to savagely fight the battle against his opponents and enemies he encountered during his life. Winters knows that any successful person can make friends, and sometimes enemies, along the way, even Zappa himself would agree.

Overall, Zappa is a really nice, touching two-hour documentary film. I am slowly impressed by the whole thing. Winter does a nice job with organizing the scenes, cuts, and footages all in one, two hour run time, when the material looks like this would be a great existing media product for that four part miniseries being televised to the public. The production is never messy or sensationalist. It is a somewhat gripping bio of a man finding his way as an artist. To be honest about this, it felt like I was watching Bohemian Rhapsody but in the deeper manner. I think the documentary team, interviewees, and Frank Zappa would simply call themselves influencers from now on. This film is a must and, like I said this before in my previous reviews, I can totally understand how you feel about documentary films being lame and boring, for once in your life, please give it a chance and lower your expectations. I highly encourage you to go watch it. Please, I mean, that’s what I’m here for.