Once Were Brothers: Robbie Robertson And The Band 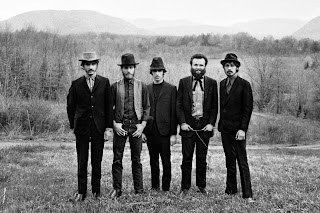 Review: Once Were Brothers: Robbie Robertson And The Band

Lots of people, especially filmmakers, often say “any publicity is good publicity” to not judge a movie or video by its name. Once Were Brothers: Robbie Robertson and The Band is a confessional, cautionary, and occasionally humorous tale of Robertson’s young life and the creation of one of the most enduring groups in the history of popular music, The Band. The film premiered on September 5, 2019, as the opening film of the 2019 Toronto International Film Festival, a first for a Canadian documentary film ever selected for the festival. Once Were Brothers: Robbie Robertson and The Band is directed by Daniel Roher with famed filmmakers Martin Scorese, Brian Grazer, and Ron Howard were brought on board, serving as executive producers of the film.

Once Were Brothers: Robbie Robertson and The Band uses a plethora of several prestigious interviews from musicians and other well-known celebrities, including Martin Scorese, who directed The Last Waltz (also a documentary film) that was released somewhere in the 1980s. The film also includes a variety of rare archival footage, photography, iconic songs and interviews with Robertson’s friends and collaborators including Bruce Springsteen, Eric Clapton, Van Morrison, and more that makes this documentary film more exciting and enjoyable to watch. Robbie Robertson, the lead guitarist, does a wonderful job of strolling down memory lane of the music of The Band and the history of drug abuses for the viewers to easily follow on how the autobiography is well-thought out in a sophisticated manner.

While the filmmaking and the cinematography are exquisitely well done, the crew, however, overly did it on the good scene cuts which misses the mark of being a friendly,magical documentary people will never forget after their time watching this. Hate to say, but it isn’t the taking the good scenes out by replacing more interviewing scenes, scenes involving alcohol, and darkering footages really got out of hand as if they focus more intentionally on how The Band’s career-playing music becomes an enduring impact.

Beyond what the story is told by the crew and many interviewees lending their reflections to this documentary, Once Were Brothers: Robbie Robertson and The Band is a good 102-minute documentary feature film. The crew and the team did a terrific job. Daniel Roher weaves a film by confidence with archival footage, the hearings, and the legendary music into something that is very interesting to watch for any fan of The Band. It is emotionally touching, insightful, and ultimately a great tribute for The Band for their legacy that is greaterly equal to The Beatles, The Monkees, and The Rolling Stones. Once Were Brothers: Robbie Robertson and The Band faithfully chronicles a musical power that engenders influences and courage to those who are watching this film.

Email ThisBlogThis!Share to TwitterShare to FacebookShare to Pinterest
Labels: Henry Pham, Once Were Brothers: Robbie Robertson And The Band review