Crock of Gold – A Few Rounds with Shane MacGowan 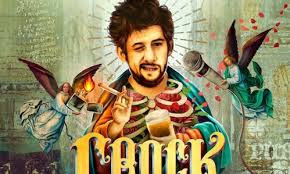 Review: Crock of Gold – A Few Rounds with Shane MacGowan

Music documentaries are all new to my viewing pleasures since lots of musical fans admittedly enjoy musical films and Broadway shows back in the days but not musical documentaries. Crock of Gold – A Few Rounds with Shane MacGowan (or Crock of Gold for short) is a documentary feature film that focuses on the life and career of a musician Shawn MacGowan. It is directed by Julian Temple and produced by Johnny Deep. Before you select this film, please be advised that there’s strong language in this musical, documentary feature film.

Shane McGowan is not only a fabulous musician but is also an interesting topic to discuss - and the music of The Pogues - that remains an engaging thesis to study about and sometimes emotional to watch despite the usages of archive footage and the stressy scene-editing which takes some of the good stuff away sadly. Temple, Deep, and the crew take major influences on explaining the ups and downs of MacGowan's lifetime, his downfalls, and his ways of building up his strength and working his way through to success (sorta like climbing-up-the-ladder thing).

Temple’s direction on Macgowan’s biography is really riveting on the subject matter as the film flows from footage to footage with the strong build-ups of animation sequences being placed in the favor of entertaining the viewers as if people are actually watching Sesame Street. MacGowan’s scenes also bring up a good topic on how his career as musician has inspired viewers and wannabe-musicians on getting back on track when it comes to legal troubles, conflicts towards life and society, and horrible treatments being centered all around for focal plot’s dynamics. Though what is heartbreaking offered by MacGowan himself and the cinematography team is that there are brutal, sad honesty ideas being centered on MacGowan’s history of drinking and drug addiction that aren’t going to give up his heavy drinking easily and getting far behind for his career as with so many documentaries that deal about addiction are ending up being pummeled with periods of alcoholic troubles and fake optimism. Temple knows that not only any ordinary documentary film focuses on a person’s life and career, but also talks about someone going clean and getting one's life back on track as the film rolls along the way and after the film, which certainly increases good depth on the feature film and tone for the man’s welfare.

Overall, Crock of Gold – A Few Rounds with Shane MacGowan is a wonderful two-hour movie for that delight. This is highly regarded as one of the best documentaries I ever seen about a musical artist living the life of conflict. The team and Johnny Deep did a great job for making this possible. I can tell you with confidence that this film certainly feels like I’m watching a documentary film about The Beatles during their time together since their formation in 1960 following the breakup in 1970. Just a little advice that this is very powerful to watch and it’s an absolute “must” regardless of whether you’re a music fan or simply a fan of Shane McGowan entirely.