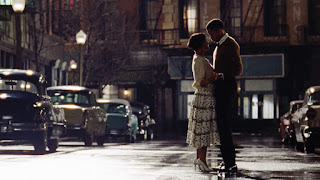 The title with the word “love” doesn't have to be associated with any romantic genre films in that manner, but to any Tessa Thompson fans out there waiting for what films they want to see next, the answer is right here for that question. It’s called Sylvie's Love which it’s a drama film that is about to get so dramatic and wild around anyone’s hearts and dreams. The film is written and directed by Eugene Ashe and features the consisting cast of Tessa Thompson in her leading role along with actors Nnamdi Asomugha, Ryan Michelle Bathe, Aja Naomi King, Wendi McLendon-Covey and Eva Longoria in their supportive roles.

Sylvie's Love centers on the young titular woman Sylvie who is living in the early 1960s, working at her father’s record store. She later meets a young man named Robert, an aspiring saxophone player, and they both fall in love with each other.

MCU star Tessa Thompson (Thor: Ragnarok, Avengers: Endgame) plays the titular character Sylvie in the entire film. She really gives a truly remarkable performance and it is really emotional to her own character as the film focuses on how her relationship with the Robert character has wrestled her images and consciousness that increasingly affected her, especially for her own comfort zones in the settings of the 1950s and 1960s. Surely, she can be very lovable and charming at her own time onscreen, but in the end, she enjoys what she does while filming romantic, drama films based on her professional history with drama films she appeared in. She is just the tip of the iceberg when it comes to leading the screen very easily to guide the viewers and myself.

Football player and actor Nnamdi Asomugha appears as Robert, a talented saxophone player, who falls in love with Sylvie in the film. Asomugha, who also serves as the film’s producer, delivers a touching, confident performance as he appears to be as good as his word when plays the role of a charming musician who not only knows music, but also knows what love is and is all about. He knows that love isn’t about marriage, it’s about doing the things they love and who they have such as families, friends, and their passion, which is something we should all think about and take.

Ashe’s direction really takes much influences on several romantic and drama films, mainly the inspirations coming from Casablanca, in order to capture the romantic, black representation for the film’s cultural boundaries for the audience to study more on diversity and historical accuracies on this film. Ashe’s work of art as a director and writer even placed the settings of the 1950s and 1960s which nearly took place during the segregation era in order to give the film more structural, accuracy feel for both African American audiences and the histories on black individuals living in the 1950s and 60s being explained in the film’s plot.

While the film is nice and enjoyable, the film lacks comedy and funnier antics going on as the film focuses mainly on the chemistry between Thompson and Asomugha’s characters throughout the entire film. They both look like they focus too much on their family and their passions rather than giving laughs to each other, but they seem pretty stable to act in character under the presence of the director’s wishes.

Also appearing in the film are Aja Naomi King who comes into the scene as Sylvie’s cousin Mona, Ryan Michelle Bathe as Kate, Wendi McLendon-Covey as Lucy, and Eva Langoria as Carmen.

On the flip side, Sylvie's Love is a really fascinating film to see. Thompson and Asomugha are what makes the film really interesting and gentle to see. In my honesty, I have higher expectations on these two actors right there, mostly Thompson's. The cast and the crew have done an amazing job as well. I will admit, Sylvie's Love may be one of Thompson’s finest pleasures to see aside from her MCU films she starred in. This film is a must and it reaches up to nearly two hours for that film’s time slot. And that’s all I’m going to say, but if you want to hear more from me, you’ll have to see it for yourself when it comes out on Amazon Prime Video.