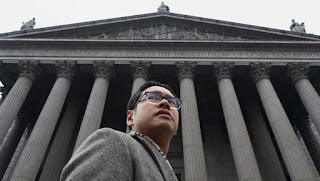 The Fight can be a powerful movie that really demonstrates the advocacy of the ACLU. It is a documentary film that takes the viewers and the audience to the inside look of the ACLU (American Civil Liberties Union) where the legal battles the lawyers are willing to face during the Trump administration. According to the film itself, The Fight is featured as one of the showcasing contenders at the 2020 Sundance Film Festival where the film has won the U.S. Documentary Special Jury Award for Social Impact Filmmaking. This documentary feature film is directed by Eli Despres, Josh Kriegman and Elyse Steinberg, with actress Kerry Washington serving as a producer for the film.

The main three directors have used lots of archive footages as well as interviews on the Trump Election that were circled back in January 2017 after President Trump's inauguration and subsequent immigration order, also known as the "Muslim ban." This feature showed a school of volunteer attorneys set up to assist affected immigrants - especially those seeking asylum. With all the editing and the usages of stock footage, the directors and the whole documentary crew draws the basic premise of the film that provides a glimpse of the challenges faced by the ACLU against the Trump administration. All of these footage and interviews about Trump’s inauguration would make a film that teaches people to strongly express their voices on their tastes and distastes on Trump’s future plans as president.

As the documentary film progresses, the cases shown in the film are presented in an easy-to-follow manner, and we get to know each of the attorneys in their respective, individual challenges. Both cases are involved with their specific case and providing their own personal or family life. Each of the attorneys in the film provide their unique tour of the ACLU offices, and quickly understand how they are focused on their own specialties, rather than the organization as a whole.

Compared to that Romanian documentary film, Collective, and regardless of the usages of archive footages, the cinematography is absolutely stunning; the camera team uses lots of steadily camera angles on people to make the story and the interviews from people more understandable for viewers to follow along as well as using the extreme-but-medium close ups The Fight that really defines how people can fight for the power for anyone’s viewpoint in any cases. Besides the story itself, the directors and crew really knew how an ordinary documentary film works on many levels.

With many voices, arguments, and viewpoints being shown, The Fight is a very good documentary, if not better. It clocks into roughly 95 minutes, but this film is something people should give it a chance if you want to learn more about the ACLU and Trump’s administration. You can check this organization if you want before or after the movie, but I personally advise you to see this film first. This film is a must for both Americans and immigrants. I’m not into politics, but I promise you, the behind-the-scenes view of what these attorneys go through to fight for liberty is fascinating and worthwhile. One last thing, please keep your political issues to yourself because they may be some political messages being shown in the film, so be careful as you watch it.