Dallas VideoFest to End After 34 Years 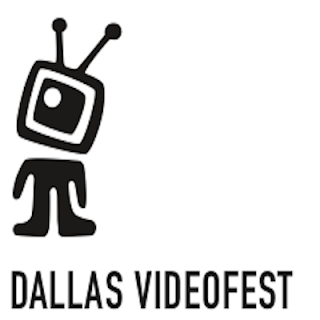 Dallas VideoFest to End After 34 Years

July 19, 2021 - DALLAS – In 1986 Dallas VideoFest (http://VideoFest.org) was born on the heels of a wildly successful video art program called “Video as a Creative Medium” Bart Weiss co-presented at the Dallas Museum of Art.

At the time Weiss, a filmmaker and film teacher, had been delivering similar programming in Dallas area nightclubs. Embracing the concept of a four-day festival, Weiss brought the first Dallas VideoFest to life inside the DMA’s Horchow Auditorium in 1987.

Now, after 34 years of organizing VideoFest, Weiss has decided this fall’s event (Sept. 30-Oct. 3 at Angelika Film Center - Dallas) will be the last. But, he insists, he is not stepping away from the media world entirely.

That first year at the DMA, in a sense, set the focus for VideoFest for years to come, when Weiss asked Comedienne Edie Adams to showcase the archived work of her husband Ernie Kovacs from the 1950s to early 1960s.

“Kovacs was the first artist working in television to not just stand and tell a joke but to use the camera to tell the joke,” Weiss explained. “Kovacs was exploring what the art form could evolve into, which is what we’ve tried to do with Dallas VideoFest.”

In addition to recognizing innovators with its prestigious Ernie Kovacs Award, VideoFest has also dedicated its platform to filmmakers, who use technologies and techniques to present their work in new and different ways.

Weiss says it’s this focus that has set VideoFest apart from other film festivals. After a full decade of screening in the DMA — a space that featured five viewing environments, including installations and a video wall — VideoFest relocated to the Dallas Theater Center to retain autonomy in the films it screened.

“We had the whole building, and it was this incredible Frank Lloyd Wright space,” said Weiss. “We had to build everything. There was no screen, projector nor sound systems. We built a universe.”

Weiss reflects fondly on the VideoFest’s “Theater Center years,” a time when the event truly hit its stride. “People could come hang out in the lobby and talk to each other while deciding what they wanted to see next,” he said. “We loved the community aspect of it.”

Adapting to emerging trends and consumer needs, a number of local theaters have hosted VideoFest, including Alamo Drafthouse Cinema, Studio Movie Grill, the Angelika Film Center — during the pandemic — drive-in theater sites. VideoFest also featured a special series called “Expanded Cinema,” where the work was shown on the outside walls of the 23-story, 1001-room Omni Dallas Hotel downtown, while the sound was transmitted simulcast by KXT-91.7 FM radio.

While available space often dictated the quantity and type of material screened, Weiss’s tastes also held sway. “Over the years, programming for the festival has been a reflection of things I’m thinking about,” he said. “Often it was about figuring out what was best at that particular moment.”

In the beginning, Weiss said VideoFest sought to fill a gap for presenting work from underrepresented communities. “It’s never been our intent to have films that would show up in the movie theater the next year,” he said. “We wanted to show things that might not be as readily accessible.”

This focus, he said, has been both a blessing and a curse. Dallas VideoFest never became a celebrity-based festival. Rather it remained a festival focused on the content and aesthetic of film work, rather than a celebrity cast.

Weiss is also proud of Dallas VideoFest’s commitment to championing interactive media — from CD-ROMs and HDTV to virtual reality — when they first arrived on the scene. When VideoFest was held at the DMA, video artists had the opportunity to work with the space’s video wall, which featured stacked monitors.

In recent years, the festival has been broken down into a series of mini-festivals, the Medianale for video art, Alternative Fiction for narratives and DocuFest for documentaries.

Over the decades, Dallas VideoFest has nurtured many previously unknown filmmakers, who have achieved continued success in the film world. Dallas-based indie filmmaker David Lowery screened one of his first films at VideoFest before going on to win a nomination for AIN’T THEM BODIES SAINTS at the 2013 Sundance Film Festival.

The festival also remains connected to the founders of former Dallas animation studio DNA Productions Inc., John A. Davis and Keith Alcorn – Davis a former student of Weiss at SMU. The festival showcased the pair’s animated films for years, including the pilot of JIMMY NEUTRON, BOY GENIUS, which continued for several seasons and became a feature film.

One important initiative for Weiss has been to save the work shown at VideoFest, which the event has done since the second year. “We now have tapes of what is essentially a history of this medium from 1988 to the present,” he said. “In some cases, some of the filmmakers may not have copies of the work we have.”

As Weiss reflects on the next steps, he says the end of VideoFest feels bittersweet.

“Personally, it’s sad, and in some ways, it’s somewhat of a relief,” he said. “Throughout the pandemic, I know a lot of people have gone through this questioning of ‘what is it important for me to do?’”

Weiss said the nonprofit that organizes VideoFest, Video Association of Dallas, will continue to produce his monthly show on Dallas’ public television station, KERA-TV, FRAME OF MIND, occasionally award the Ernie Kovacs Award and potentially partner with other organizations to continue contributing to Dallas film culture.

On a personal level, Weiss — himself a filmmaker — also has ongoing projects he’s looking forward to committing more time to. These projects include a narrative series called FIRE BONES (https://firebones.org) and two documentary films of his own about the Denton band, Brave Combo, and noted film critics, Andrew Sarris and Molly Haskell. During the pandemic, Weiss produced a series on “How Performing Arts Organizations Can Go Digital,” for the AT&T Performing Arts Center, and he also created a sizzle reel for Dallas Arts Month.

In the future, Weiss said he hopes to reimagine what an organization could be like that does not need a large staff to produce major events but still finds ways to influence culture.