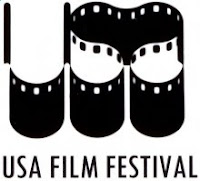 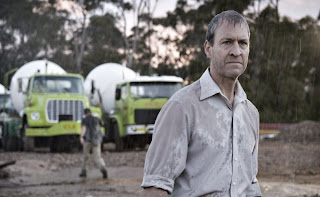 Ray and Carla are engaged in an extra marital affair having trysts in her car while their dogs are locked in his vehicle. Sometimes they meet in hotel rooms for afternoon romps before going home to their clueless spouses. Ray promises to run off with Carla, but she is tired of his empty promises. When she suggests a plan, he balks, so she cuts off her attentions. Straight, dour Ray decides the only way to keep her is to give in to her plan. Thus begins a cascade of tragedy from that toppled bad choice domino.

Ray (David Roberts) supervises a construction site building a vacation development. Spurred by the need to get money to run away with his mistress, he gets involved in a kickback scheme with a cement company. Meanwhile Carla (Claire van der Boom) discovers a bagful of money that her thug husband Smithy (Anthony Hayes) is hiding away in the ceiling which she takes and hides in her salon. She tells Ray that he should get someone to burn down her house so that her husband will think his hidden cash is destroyed and won’t come after them for it. Ray hires arsonist Billy (played by Joel Edgerton – co-screenwriter and brother of the director) and Lily his girlfriend (or sister, its ambiguous played by Hanna Mangan-Lawrence) to make it look like faulty wiring while everyone is outside for the town’s Christmas celebration. Carla discovers that Smithy asked his mother to come feed their dog and she tells Ray to abort the job. Ray calls the simple minded Lily, but fearful of Billy she fails to get the message through in time.

The consequences of Ray and Carla’s amateurish attempt to escape together stemming from their lust and passion causes a karma retribution that makes the audience feel clammy and edgy for the rest of the movie. The series of complications, accidents, blackmail and a shark attack are sometimes funny in its moral dilemma etched on Ray’s craggy face as his hopes and dreams hang in the balance. You can see why Ray is so smitten with the pretty and young Carla. But it’s unclear why Carla is so enamored outside of Ray being the polar opposite of her husband. But can such a fuddy duddy as Ray bring long term happiness? These characters don’t think beyond their immediate need. It’s hard to feel sympathy for their wrong choices but at the same time it looks like the blocks may be falling into place. It makes one almost feel guilty for wanting their plan to succeed because everything they are doing is just plain wrong.

Director Nash Edgerton who also did the amazing short “Spider” masterfully created a tense film noir style movie with so many twists and turns it will keep you enthralled. At least it will keep you from looking too closely at the plot holes. The ending will remind you that you reap what you sow.
(Review by Reesa)

Posted by Dallas Movie Screenings at 11:40 AM

Email ThisBlogThis!Share to TwitterShare to FacebookShare to Pinterest
Labels: movie review, The Square