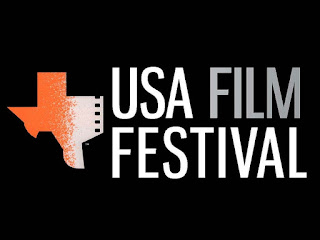 The full schedule of programs, guests and events can be viewed at the USA Film Festival’s website www.ticketmaster.com/usaff

Thanks to support from The City of Dallas Office of Cultural Affairs and the Festival’s Sponsors, the Festival is pleased to present over 50% of all programs as Free Admission for the community.

This year’s program highlights and guests include:

- Salute to actor Richard Chamberlain in conjunction with a special repertory screening of The Last Wave (1977) and on-stage conversation. Mr. Chamberlain will also sign copies of his memoir “Shattered Love” following the screening.

- Stephen Tobolowsky Hosts The Shorts Showcase and Salute to Elizabeth Ashley and Salute to Barbara Bain. Both iconic actresses have lent their talents to short film works. The program will feature new short film works with filmmaker guests in attendance including: actor Josh Zuckerman who will present his directorial debut A Real Adventure; co-writer/director SJ Main will present Reconnected featuring actress Barbara Bain; writer/director Elisabeth Gray will present Severance featuring Elizabeth Ashley; and writer/director Michael Langman will present his directing debut Wake the Riderless Horse featuring actor/producer Scott Michael Foster (who is from the Dallas area and a graduate of the prestigious Quad C Theatre program at Collin County Community College). Actor Stephen Tobolowsky will host the on-stage Q&A with all guests following the screenings.

- Writer Daniel Pearle will present the moving family drama A Kid Like Jake starring Claire Danes, Jim Parsons, and Leo James Davis; adapted from his play of the same name, and directed by Silas Howard.

- Spanish Actress Assumpta Serna will present Red de Libertad, the little-known true story of Sister Helena Studler, the French nun who created a network of contacts and collaborators that enabled the escape of 2,000 people from Nazi camps and persecution during WWII (including future President of France, François Mitterrand).

- Actress Dale Dickey returns to USAFF to serve as a Juror for the 40th Annual International Short Film Competition, and she will also introduce Debra Granik’s (Winter’s Bone) feature film Leave No Trace, in which she performs
.
- Writer/actor/producer and great story-teller Stephen Tobolowsky returns to the USAFF with The Primary Instinct, directed by David Chen, featuring Tobolowsky using the art of storytelling to take the audience on a riveting and moving journey about life, love and Hollywood.

- Director Tiffany Bartok and producer Jayce Bartok will present their documentary Larger Than Life: The Kevyn Aucoin Story. The program will be hosted by Dallas-native, model, creative director, and magazine contributor Chandra North (who knew and worked with Kevyn).

- To celebrate the 150th Anniversary of Louisa May Alcott’s classic novel, the Festival will present a modern-day film adaptation of Little Women, written and directed by first time filmmaker Clare Niederpruem with Dallas-raised producer and USAFF alumni filmmaker Chris Donahue. This free-admission program is presented in partnership with the City of Dallas Office of Community Care as part of the “Engage at Any Age” program as we kick-off Older Americans Month in May.

- Director/producer Susan Kucera will present her thought-provoking documentary Living in the Future’s Past, produced and presented by Jeff Bridges.

- Director/producer and Film Professor at Yale University School of Art Sandra Luckow returns to USAFF to present her documentary That Way Madness Lies...

- Producer Marty Ashby will present his documentary covering the unrecognized history of jazz music in Pittsburgh entitled We Knew What We Had: The Greatest Jazz Story Never Told. This free-admission program will be presented in partnership with D’JAM ( Dallas Jazz Appreciation Month) and the Sammons Center for the Arts.

(A full schedule of films is listed in the attached program flyer. An additional 60+ filmmaker guests will be in attendance.)

DEDICATION – USAFF48 is dedicated to these friends and filmmakers that we lost this past year: Dorothy Malone was a great friend to USAFF, attending our program many times over several decades to speak when we presented films in which she performed, and to help host some of our other visiting artists whom she knew from her many years in film and television. Horror visionary George Romero first visited the USAFF in 1979 with Dawn of the Dead, a film that Roger Ebert (another regular USAFF attendee) called “one of the best horror films ever made.” Horror master Tobe Hooper also visited USAFF several times with his films, and was also a great friend to the Festival.

Tickets for most programs are $10.
There are also several FREE-admission programs noted in the schedule.

A complete schedule of all Festival events may be:
-- To purchase tickets online – www.ticketmaster.com/usaff
-- and printed schedules can also be picked up at the Angelika Film Center Dallas

ABOUT THE USA FILM FESTIVAL
A year-round film festival featuring 50 days of programs
The USA Film Festival is a 48-year-old Dallas-based 501c3 non-profit organization dedicated to the recognition and promotion of excellence in the film and video arts. Year-round events include the annual KidFilm® Festival, a 40-year-old International Short Film Competition; monthly screenings; special programs and premieres; and the USA Film Festival, held each Spring. Throughout the year, the Festival presents a variety of membership, exhibition, educational, and cultural programs designed to promote equity and equality, and to bring together audiences and artists for a “live cinema” experience.