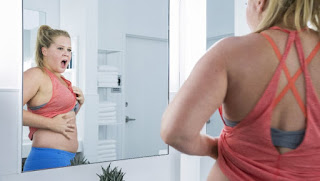 This movie was ridiculously funny. Renee (Amy Schumer) portrays a woman who suffers with incredible negative self-esteem and insecurity issues. Renee has this sense of notion that thin, gorgeous women do not suffer with any problems, especially men problems and ultimately believes that men are the ones with the issues. After all, the women she sees are beautiful, super-thin and picture perfect. During one of her exercise classes, she falls and hits her head. She wakes up believing she is this super model with an incredible sexy body and a newfound sense of self-confidence. Although her looks never changed her concussion makes her believes that is she is this sexy woman and that she can do anything that she puts her mind to.

After her new discovery, Renee perceives that she in the same category as these thin beautiful women and anyone who does not see it are jealous and the ones with the issues. She even attempts to empower her friends, Sasha (Gia Crovatin) and Vivia (Aidy Bryant) to enable their self-confidence but realize that their bilious ways will keep them stuck and displace. Her high, self-confidence attitude empowers her to compete in this swimming contest with some gorgeous women and although she did not win she never believed it was about her looks. As far as she perceived the contest she confidently believed there were more men cheering her on than the rest of the contestants.

Heck, her new boost of confidence even had her going after men believing that their shyness was the reason she boldly took the first step in talking to them. So, in hindsight she zealously made her move to go after the guy she wanted. As she continued this pretentious high she hit her head again and loses the effusive effect. She persistently believed she lost her appeal because of the accident and not realized that she had this confidence all along.

This movie illustrated that anyone who have high self-esteem powers can make the world turn with their incredible confident. No matter, whether the body, face or a positive attitude an efficacious confident can take anyone places without the fear of what other people think. I believed the story had the right concept although the audience may believe differently. I thought the movie was exceptionally funny, however, it still lacked depth and perception in the story. I rated this movie a 5 out of 10.
(Review by Dr. Dwanna Swan-Ary)

Posted by Dallas Movie Screenings at 8:10 AM