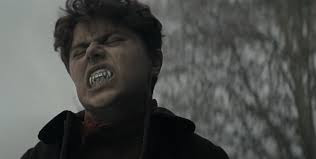 Horror films aren’t my thing, but it’s something lots of people, especially the horror movie fans, like to explore outside of usual genres they have watched from the past. Originally titled as Eight for Silver, this film is a gloomy, horror film filled with dark magic, and monstrous werewolf-period pieces that unfolds its mystery with patient witnesses and intensifying confidence in the characters. It’s like a scary-monster version of Sam Mendes’ 1917 due to the settings and the film’s action taking place.

The Cursed takes place in rural 19th-century France where a mysterious, supernatural menace threatens a small village and the Laurent family after being cursed by a land baron. Later, John McBride, the town’s pathologist, comes to town to investigate the danger - and captures some of his own demons in the process.

Actor Boyd Holbrook receives his main role as pathologist John McBride who came to inspect what are the supernatural causes that threaten the Laurent family and the townspeople as the family and the village have been cast under a curse. As an actor, Holbrook, in this case, is the only actor who can make things cool and interesting, either as a hero, villain, anti-villain, anti-hero, or a bit of both based on what he does and what he tries to cooperate with. In the end, he is a cool, remarkable “whodunnit” type of guy.

Sean Ellis is the director of the film and also serves as a cinematographer for the film’s entirety. He lays out some of the key components on the characters, the time periods, and the dark-fantasy monster developments. While his cinematography here is spot on like so, the CGI and the visuals are just dreadful and lazily cheap. Even when there’s no sense of character developments being discovered thanks to the producers and the screenwriters, which is what makes this film very deceiving to witness.

Throughout the film, this story begins to fall flat right after an honestly brilliantly shot wide scene with the gypsies in the first act. After that, things start to become increasingly intense as if anyone is waiting for something interesting and anticipating to see. The main anticipation for this supernatural story is werewolves (or any type of monsters) flowing all over the place. The conversation about monsters and werewolves from the characters made it less and less sense as the night went on. Not to mention, blood, gore moments, and gruesome violence are present.

Like many extroverted horror films, it's anonymous to see and believe that monsters are being displayed in order to make this story a perfect sense, orchestrated by a small acting cast and the production team, but this storyline is poorly conveyed to the viewer all around. Around the second half to the film’s final act, there are a lot of psychological factors introduced with little to no explanation that are found quite shivering and easy to body-shake in fear at each one. This rises to intention and R-Rated scary-movie fever pitch at the climax and had me wondering whether it's actually a satire of werewolf films or just an ordinary, average thriller flick. My guess on this take is a satire of werewolf films with a side of thrill and dark fantasy genre for older teens.

The Cursed isn’t a good horror two-hour flick in my honest opinion. This seems like a squidly-squid maneuver at this horrifying werewolf genre that lost its way into the woods. The director simply overcommitted himself as his work became a half-hearted attempt to build up a true horror presentation and ultimately became a dissatisfied smorgasbord of tired gruesome tropes, wasted acting talents, terrible CGI, and uncolorful, unacceptable storytelling. Hate to say this, but skip it.