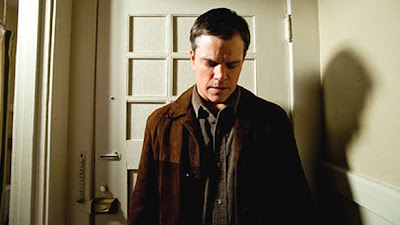 Hereafter is a drama that follows the lives of 3 people and the question of “What happens after death?” (Matt Damon ) George Lonegan, a working class American who has a psychic ability and looks upon the psychic part of this life as a curse not as a gift. George got his ability after having brain surgery as a child. George’s brother Billy (Jay Mohr) a fast talking hustler always trying to take the easy way to a quick buck. After George gets laid-off from his blue-collar job moving sugar in a warehouse his brother tries to market his ability. But, George can’t live a life full of death. So he goes on a trip to London to see the place of his favorite writer Charles Dickens.

Marie Lelay (Cécile De France) a French political journalist and anchorwoman is on vacation in a small beach town in Indonesia. But unknown to her a massive tsunami is on this way. As she is shopping in this small town for a gift for her boyfriend kids. She is dragged under water and fleeting death, She has a has a near-death experience, and is brought back to life by CPR. This near-death experience shakes her to the core. She goes and writes a book about her experience of the afterlife.

Jason and Marcus (George and Frankie McLaren) are twin brothers who both had a hard life in the working class of lower London. The boys' mother Jackie (Lyndsey Marshal) is struggling with a addiction and the boys cover up for her with the social worker. After the social worker visits Jackie decide to get clean. She sends Jason to the local shop for the drug to get her clean. On the way back home from the shop. A group of boys take his cell away. Jason runs away from the boys in the street when he gets hit by a truck and is killed. After the death of her son Jason, Jackie can’t take the lost so she gives Marcus up to get help with her addiction. Marcus is having a hard time without his brother Jason who was the outgoing of the two. Marcus clings to his brother, even going as far as wearing Jason’s baseball cap. Marcus is desperately looking and needs answers as to why his brother had died and what he should do next in his life.
George goes to the home of Dickens in London. He sees that his favorite vocal reader of Dickens is reading at the London Book Fair. Where George runs into the other lost souls in this story. The story is George needs to look at his ability as a gift. For Marcus its about he is never alone and his loved ones are around you at all times. For Marie its if you feel like you are right go for it.

Clint Eastwood (Director/Producer/Composer) of Hereafter. Clint Eastwood really does a great job as director for this film. This is the second time that Matt Damon was directed by Clint Eastwood. The score to this film really flows. This will be the 6th time Clint Eastwood has composed the music for his own film.  The shooting location in Hawaii, Paris, San Francisco & London. The Hawaii was used for the massive tsunami tears . The scenes was shot in Clint style of directing. Peter Morgan (Screenwriter/Executive Producer) did a get job writing on this film. He is best know of his work on the “The Queen”.

The film is a good “b” rating with a nice flow to it. The scenes are filmed in a beautiful way. The music keeps you watching the screen every second. I would not get up and leave and it kept me in my seat.
(Review by Jeff Hill)