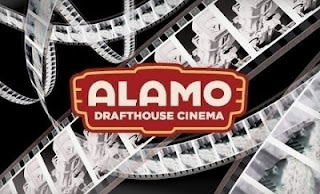 "We could not be more excited to announce that we are moving our grand opening up a full week to August 9th! Since we announced Alamo Richardson last year, our fans have been inquiring about the opening. We have had such a great response to our coming to DFW that we want to meet you cinephiles as soon as possible," said Bill DiGaetano, COO Alamo Drafthouses DFW.

"Also, keep the night of July 25th open. We have a surprise indoor/outdoor event coming your way. This is in addition to the three free Rolling Roadshow screenings for our OUTDOOR SUMMER SERIES already scheduled in July," DiGaetano hinted.

Opening Week:
Aug 9-15:
25% off food just to say thank you for welcoming Alamo

Each evening will be filled with film, food trucks, beer from local breweries, giveaways and a few film-themed surprises here and there. Party is at Alamo Richardson’s parking lot (located at the SW corner of Central Expressway and Beltline Rd. in the Richardson Heights Shopping Center).