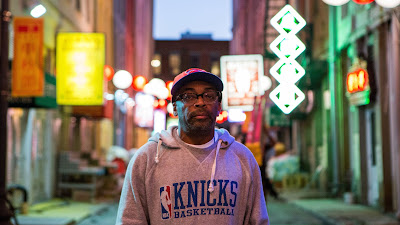 Plot:
A modern day adaptation of the ancient Greek play Lysistrata by Aristophanes, set against the backdrop of gang violence in Chicago.

Pros
What Spike does best is provide great social commentary of controversial subjects in the country and surrounds it in an entertaining story, this is no different. I appreciated the overall awareness and message bringing gang violence and violence in Chicago in general to light. The dialogue is presented in a rhyme and is set like a stage play, which makes sense since it is based on a play. However…

Cons
…I felt like the overall message was a tad bit drowning and it was just hitting me in the head to hard. Subtlety worked well in some scenes, but others, not so much. The rhyming dialogue is jarring in the beginning but won me over after. The very beginning was a bit too long for my taste and took a while to get going, even though I got the statement that was made.

Pros
Everyone does very well and I have to tip my hat to Nick Cannon. Believe it or not, the last thing I saw him in was Drumline. Oh yeah, remember that? I liked him in this role and had some real good acting towards the end, reminding us that he still has some acting chops. Teyonah Paris is the lead and she kills it and I can’t wait to see more with her in it.

Pros
All of Spike’s films have a distinct visual flair, especially when set in a city, and this is dripping with that. The colors and characters pop with nice tracking shots with a few creative ones mixed in.

Pros
As I mentioned, it takes a while to get into but the story overall interested me.

Cons
The messages that hit you over the head do slow the film down and makes you want to check your watch.

Overall
This is an ok film. I appreciate the awareness that Spike brings with gang violence and makes you want to do something about it, but subtlety wasn’t present. The acting and cinematography are very good and it is an entertaining story given the content, but it didn’t really garb me like I wanted to.