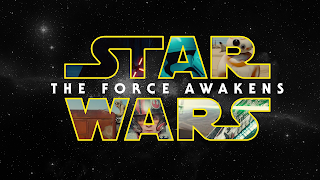 OUT-OF-THIS-GALAXY CELEBRATIONS FOR OPENING WEEKEND OF
THE FORCE AWAKENS AT ALAMO RICHARDSON
December 17-20, 2015


Richardson, TX — December 3, 2015 — The Force is strong with the Alamo Drafthouse opening weekend festivities for STAR WARS: THE FORCE AWAKENS!


Appearances by the North Texas chapter of the 501st legion will occur throughout the day Thursday, as well as Friday through Sunday. Fans can have their pictures taken with all their favorite characters from a galaxy far, far away including Stormtroopers, Boba Fett, Darth Vader, Jedis, X-Wing Pilots, R2-D2, and BB-8 just to name a few! And they can do so with multiple photo ops in the lobby including a life-size replica of the Millennium Falcon cockpit, a life-size replica of Han Solo frozen in Carbonite, and a giant version of the STAR WARS Black Series action figure box (presented by the Credit Union of North Texas).


Featured throughout the weekend:

Posted by Dallas Movie Screenings at 9:02 AM