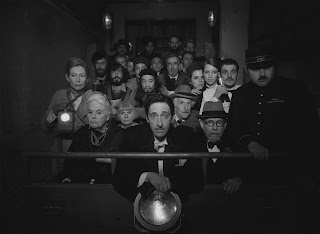 Wes Anderson is a director most people either adore or dislike. I am part of the former, since almost everything he’s done is pure gold to me.

I’ve interviewed him twice. The first was for “Bottle Rocket,” his debut movie in 1996 that paired Luke Wilson, Owen Wilson, Andy Wilson and James Caan. I then interviewed him again for “Rushmore,” another quirky comedy that followed the exploits of Max Fischer (Jason Schwartzman). At the time, I was attending the university of North Texas and was a student there. The studio had a “Rushmore” bus wherein the movie was premiered went from different colleges and universities all over the United States. I even remember Schwartzman grabbing a guitar and non-chalantly playing a few chords on the guitar. Schwartzman obviously did not want to be there, but just felt obligated to participate in the press junket.

Going back to “Rushmore,” his character Max Fischer was an overachiever since he was the founder of many clubs, including the Rushmore Beekeepers Society, the fencing club, yellow belt in the Kung Fu club, he is also President of the French club and the aviation club with the Piper Cub Club and 4.5 hours lodged in.

Like a filmmaker such as Woody Allen, Anderson has his own cast of actors that he has with actors such as Bill Murray, Owen Wilson, Jeff Goldblum, Jeffrey Wright and recent Oscar winner Frances McDormand. Anderson has recently crafted an intriguing tale with everything involved with “The French Dispatch, “ is the full name of the title: “The French Dispatch of the , Liberty, Kansas Evening Sun.”

The second story involves Timothée Chalamet’s Zeffirelli, who is having an affair with Frances McDormand’s Lucinda Krementz. It is very brief, since he changes midstream and finds someone his own age Léa Seydoux . Their love looks like its going to last, however. Simone and Zeffirelli looks like it will stand the test of time.

The writing credits for “The French Dispatch” are a varied lot. Besides Anderson, Roman Coppola, Hugh Guiness and Jason Schwartzman contributed story by credits to their resumes.

I am not a prude, but this movie contains a lot of nudity. They are used in spaces for Rosenthaler’s artwork as well as just everyday life.

What was really cool was hearing the voice of Anjelica Huston for part of the voice over narration. This is ironic, since she worked with Anderson previously on “The Royal Tenenbaums.”

Although this was not part of Anderson’s upper crust in the storytelling dynamic, it is certainly better than most of the shlock that Hollywood gives to the masses day in and day out.