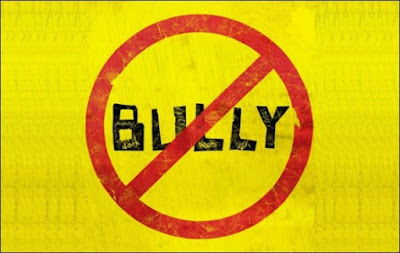 A death. Suicide. That’s exactly what Bully dives into with the opening sequence. Immediately your feelings are struck. You become fueled by emotions of anger, sorrow, and grief. What could possibly cause such a tragic event? That is precisely what this entire film focuses on, the inhumane effects of bullying.

Let me start with the negatives. I was bored. The movie seemed to pass by ever so slowly and at several points I wanted to fall asleep. The story was depressing and nothing ever lifted my spirits. I was never sucked into the movie and an increasing headache and a sick stomach were with me throughout the entire affair because of the shaky and unfocused camerawork. That was the bad; let’s move on to the good.

This film is something every breathing human should view. Not because it’s a work of art, (it isn’t), but because the message that the story delivers is so strong and impactful and real. Everyone needs to be aware of what is going on in many children’s lives. Going into this movie, I was expecting to watch something that told me what bullying was and how to stop it. I was wrong. For an entire hour and thirty-nine minutes my eyes and ears were filled with images and monologues about what bullying has done to kids and parents alike. I was actually given all of the facts, and not just a few tidbits about what this issue was. The filmmakers make your heart grow cold towards the ignorance of the school boards, and they make you want to actually stand up for this matter. At the end of the credits there is a website link shown that you can visit to find out more about bullying and how to help put an end to it.

One of the aspects about Bully that will cause many parents to lead their child away from seeing it, is the use of the F-bomb three times in this film. I urge every one of the parents out there to allow their children to see it anyways. The message in this movie is real, and every kid needs to see this even more than adults. Kids need to know that it's a problem, not just something to shrug off their shoulders. While the film has several mature themes in it, all kids need to be exposed to the dangers of bullying.

Bully isn’t an astounding movie with glorious visuals that make your jaw drop. It isn’t some genre-bending piece that will forever change the way movies are made. It’s real. It’s a real story, with real people, with a real (massive) problem. There isn’t one fake aspect about this movie and I think that’s something that the filmmakers did wonderfully. They didn’t take an issue and create some huge problem out of it. They took an issue and told you exactly what that issue was, without cutting corners. Bullying isn’t something that occurs every few years or so, it is a matter that is happening EVERY DAY to kids all around the world. All in all, Bully is a must see for any and everybody.