DMS Goes to DIFF - Let Me Out 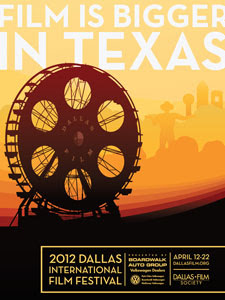 Anyone who loves movies has an opinion on what works and what doesn't. Arm chair critics are alive and well on the Internet by the dozens. But what if you were faced with the task of actually making a movie? What if you were given the funding and told to create something within limited time, if you had to put up or shut up? This issue is explored in the new South Korean independent feature written and directed by IChang Lae Kim and Jae Sohrene Cho who are film makers and film professors at the Seoul Institute of the Arts. Utilizing the same kind of guerrilla tactic as the protagonist in their movie by shooting on their campus and employing student actors gives this movie within a movie a true sense of appreciation for the process.

Hyun Sang Kwon (for K-drama fans: The Kings 2hearts and Princess' Man) plays film student Mu Young. He's a convenience store clerk and an avid movie buff able to quote directors and bemoans the state of Korean cinema. When a famous director Yang Ik-joon (director, writer, star of Breathless playing himself) shows his latest film to the students, he accepts their accolades graciously. Mu Young speaks up and criticizes the choices he made in the film. Of course the rest of the students become increasingly uncomfortable with the confrontation as it becomes more biting and Mu Young earns the title of @ss clown (this is in the subtitle don't know if that's the literal translation). The director turns the tables on Mu Young by donating $5000 to a film student and personally selecting him for the award. Mu Young is suddenly faced with having talked the talk he will now have to walk the walk.

Making a movie is difficult, daunting, and exercise in futility and frustration. The people that do it are a blessed group whose art compels them. Mu Young challenged by the task decides to do a full length feature rather than a short like the other graduating seniors. After all at this point, he's still full of opinions and doesn't want to do what all the other seniors are doing for their graduation project. He is also writing a script with zombies a subject not really covered in the usual psychological thrillers made in South Korea. Mu Young not only has to write the script, but find the crew and actors which have already been committed to other productions. He's not exactly left with the cream of the crop. His best friend is his producer in charge of finding sponsors when the money is used up to pay for a car accident on the first day of filming. The sponsorship issue touches on the overt product placement that happens in film today. He's got actors who can't find their motivation, his director of photography and director of sound are quirky and full of themselves, he's got a diva model who gets all cute and flirty on him and throws emotional tantrums. It's evident that he doesn't know what he is doing and becomes easily manipulated by everyone. At one point director Yang Ik-joon visits on set and offers “it's hard, isn't it?” Mu Young goes from unfocused ready to quit, to tyrannical director alienating everyone and still ready to quit. Somewhere along the way he has to find that making a movie doesn't just work with one person, that it takes a village to make it happen.

There's not only the amusing set ups of Mu Young's adventure trying to muddle through making a movie, but there's also a touch of romance between him and his leading lady Ah Young (Hee Von Park of the K-pop girl group M.I.L.K.) who needs to act in his movie or get a failing grade by their professor. When shooting a particular scene he can't seem to get what he wants much to the annoyance of cast and crew, until that one perfect moment when Ah Young finally clicks and Mu Young is able to capture that magic. It's the thing that makes movies so special and appealing to audiences, the communication, the emotional heart, it's that elusive thing of why we love sitting in a dark theater watching stories.
(Review by reesa)

Directors IChang Lae Kim and Jae Sohrene Cho had their premiere screening at the 2012 Dallas International Film Festival. Their film is due for release in South Korea later this year. Dallas Movie Screenings had the honor and pleasure of speaking with the directors IChang Lae Kim and Jae Sohrene Cho and the writer/producer Min Soh, and producer Irene Cho. on the DIFF red carpet event. The following clip if my gushing fangirl interview with them. My apologies, that the whole interview did not finish, but will post the complete interview when the kinks are worked out.