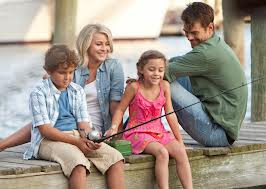 Author Nicolas Sparks has pretty much cornered the market on novels involving love in crisis that are favored by big studios and filled with impossibly beautiful people. Directed by Lasse Hallström who has handled soulful romances like Chocolat and adapted from the novel by Leslie Bohem and Dana Stevens, this story has a different twist than the usual Spark's chic lit formula. It has an actual “villain” and probably the worst improbable ending that sort of takes the wind out of the whole movie.

Katie (Julianne Hough) arrives in a small seaside town in North Carolina after a hectic night that involves blood soaked clothes, hiding at a neighbor's house, cutting and dying hair, and a bus out of town with a Boston detective in pursuit. The bus stops at Southport, a quaint, sleepy and picturesque village with a small general store run by the widowed Alex (Josh Duhamel), the single dad of two kids. Josh (Noah Lomax), the quiet angry young man, and the precocious Lexie (Mimi Kirkland). Katie sleeps under the pier that night before asking for a job at the local seafood eatery. Because obviously there's not enough out of work locals to fill a waitress position at the busy restaurant. They help her find a place to live in a run down cabin in the woods (floors that cave in rustic). She buys her supplies at the general store where Lexie brings out Katie's kind sweet side. It's not lost on the the friendly and affable Alex who tries to welcome her to town. But Katie is wary and cautious, preferring to remain mysterious. Katie also meets Jo (Cobie Smulders) who says she's her neighbor and they end up walking together and hanging out. Between the nice people at her work and the general store, Katie begins to let her guard down.

Of course, Katie won't find peace at the moment because that New England cop is obsessed with finding her. Kevin Tierney (David Lyons) is single minded in his quest to find the find “Katie” to the point where he illegally posts a nationwide Wanted poster of her. He also harasses the neighbor who he suspects with helping her. You know he's on the edge because he's also drinking heavily and his bosses make him turn in his badge. Lyons' troubled detective is probably the best thing in the whole film.

Hough and Duhamel are wonderful to look at, they are pretty, they are sincere. The location shots are beautiful and like a travelogue of North Carolina. Spark's stories are interchangeable in concept so one knows what to expect. It's a genre guaranteed a audience no matter what. Fortunately director Hallström keeps the action well paced and photographed. Will Katie be able to hold on to the happiness she is finding with Alex and his kids? Will Kevin track her down for the ultimate showdown? Will Sparks pull the rug out of the whole movie with it's unexpected ending? If you read the book you know. If not, you've been warned.
(Review by reesa)

Posted by Dallas Movie Screenings at 9:52 AM