Believe Me and Filmmaker Interview 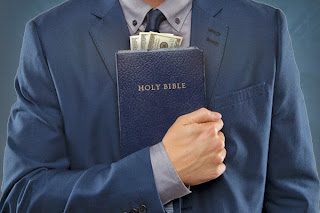 Directed by Will Bakke, Written by Michael B. Allen and Will Bakke

Right from the get-go I was thinking how did the filmmaker from “Beware of Christians” directed this film. This story is of course about a very sneaky and exploitive plot by non-Christians to steal from unknowing Christians. I didn’t know that the same guy I met in high school could make a technically secular movie and be the same.

Four young men decide to concoct an incredibly obvious fake Christian charity in order to satisfy their needs. Sam the lead character comes up with the idea as he realizes his scholarship has expired. From then on we are led to a spin in all directions of consequences for these actions which in turn reveals personal qualities of the characters. First thing that reminded me that this was not trying to be a “Christian” film was a hazed boy getting slapped in the face like an alarm clock. All four characters seem not to be very likable at first. I did get a sense of bro-hood between these four friends. I loved the characteristics and performances from the main actors. For example, one character is a blooming compulsive gambler who doesn’t really seem to have a conscience.

The relative quickness of the film gave no room for boring slowness and gave great way to hilarious scenes. The explained different stereo-typical Christian ways of worship just blew the roof off of the theater. All throughout the piece there is clever writing about that classic suburb white Christian boy or girl. One thing I did get about this project was the wrap up which gave a sense of morals. Taking the fact that this film did explore a mischievous and crazy idea, it was nice that real thought was shown as a theme.

I was taken aback by the production and great filming with a kind of small budget. We see for instance inside a huge theater, a worship band playing in a made-up conference, different logos on shirts, and familiar faces. This really was a film that entertained and was not preachy at all. My liking of the film goes out to Mr. Bakke and the rest of the team for really opening up about certain things in Christianity. Some of those things that we see in the film are not so good. If a family wants to see a thought-provoking and hilarious college guy movie, this is it.
(Review by Wyatt Head)

Q and A Believe Me Highland Park Village

Q: How was the casting process like?
A: We initially were finding people in Austin but then decided to go to LA, that was when it was good.

Q: How hard was this to get it made?
A: We learned as we went, we got a lot of home-based funding. Getting relationships was really important to us. We had night shoots and that was a big learning experience.

Q: Where was this filmed?
A: Almost all in Austin. We used the Long Center, Gateway Church, and Bob’s steak and Chop House was in there too.

Q: Did you go past where you expected for the film?
A: Talent was awesome. Nick Offerman is an outspoken atheist but it wasn’t polarizing.

Q: How hard was it to not get preachy?
A: We could not get preachy. Having two writers helped correct each other and helped out the script. Sinqua was a Christian, Michael didn’t really know the Bible, oh, and Christians do drink beer!

Q: Did you face any discrimination?
A: We showed the film to churches and got good feedback.

Q: What about the ending?
A: We left it open so people would start a discussion.

Q: What’s next?
A: We have some good ideas. We want to make the “Believe Me” outcome as good as possible and we all already opening in 14 markets. You can also rent it already. Here it’s at AMC Grapevine and Highland Village.

Q: What message are you trying to grasp with this film?
A: Where does the hope reside in you? Does it reside in Jesus or just in your private Christian community?