The Conjuring: The Devil Made Me Do It 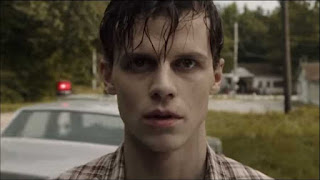 Review: The Conjuring: The Devil Made Me Do It

Horror films aren’t truly my thing, but upon seeing this, my mind tells me that this summer season is where another horror movie has entered the chat after The Quiet Place Part II. The film is originally going to be out sometime in 2020 by the time COVID-19 pandemic has eaten our theatrical entertainments up. The Conjuring: The Devil Made Me Do It is directed by Michael Chaves and features the reprising stars of Patrick Wilson and Vera Farmiga.

The Conjuring: The Devil Made Me Do It takes place in 1981 and centers on two investigators Ed and Lorraine Warren, whom they take on one of the most sensational cases of their careers after a cop stumbles upon a dazed, bloodied young man walking down the road. Accused of murder, the suspect claims that it’s the demonic possession that serves as his defense, forcing the Warrens to undergo a supernatural inquiry. First off, the Warrens are great in this film. The franchise's returning actors Patrick Wilson (HBO’s Angels of America, Aquaman) and Vera Farmiga (The Conjuring series, Up in the Air) are excellent in the film, portraying their roles as Ed and Lorraine Warren based on their previous experiences with the other Conjuring films. Throughout the film, they have produced and developed a strong, real chemistry on screen, which is one of those films that is still called the most lovable protagonists in the history of horror/thriller media for a long time.

The film is directed by Michael Chave, marking the first Wan’s Conjuring version not to be directed by James Wan who instead acted out as a producer in the film. This is Chave’s second film as feature-film director after his directorial debut on 2019’s The Curse of La Llorona, another supernatural horror flick. Chave’s direction in this installment started out really nice and slowly before getting to the extreme-intense part of the story that focused primarily on the Warrens and their dastardly demon investigation. Since the demon scares really start to dry things up, the plot starts to shake things up a bit from the previous two films that makes the combination of Satanic cults and detective-style approach.

Although Chave is a good fit for this sequel, his direction and parts of the screenplay really seem entertaining that become up to par from the first two films. It’s a nice continuation in the franchise to see and to listen to an intriguing story that does delve into the crime drama genre along with giving us the scars we come to know. This case, it’s an absolute crime, drama, and horror film altogether for that combination. Regardless of whether or not the film is well-performed, Wan is here to work with the camera crews with certain cinematography flows and the horror-scare concepts towards actors. While Chaves doesn't follow Wan’s footsteps as well as filling his shoes at all, he is able to follow a certain format for this particular franchise to move forward though at a dragging pace at all times.

Another wishing take on this film is that my eyes personally would have loved to see more of a cinema focus on the court side of the case and the reaction of the defendants plea, it would have been a refreshing take for the film in a Chave’s way of storytelling depending on the scene cuts but what the film and the audience get still isn't bad.

The film also includes Ruairi O'Connor, Sarah Catherine Hook, and Julian Hilliard in their supportive roles given from the director. Connor plays the character of Arne Cheyenne Johnson, a man who commits a murder, while Hook and Hilliard portrays the Glatzel siblings, Debbie and David.

With all that being said, The Conjuring: The Devil Made Me Do It is still a decent sequel, just not the terrifying sequel as I would have imagined what this film has to offer. I’ll admit, I’m not a horror movie fan but it’s a shame to say as I believe this sequel hasn’t lived up to its expectations like the previous two installments that have some unique moments of terror and the ways of storytelling under James Wan’s genius eye. This so-called horror film doesn't reach up to its name and title to be honorably placed in the horror film department at the shopping spree.

Email ThisBlogThis!Share to TwitterShare to FacebookShare to Pinterest
Labels: Henry Pham, The Conjuring: The Devil Made Me Do It review