Don't Be Afraid of the Dark 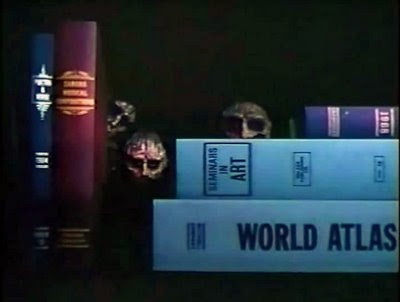 The movie opens promising enough with a Gothic mansion in Rhodes Island which is owned by Mr. Blackwood a famed naturalist painter. He had mysteriously gone missing after suffering depression after his child had disappeared. He entices the house maid to the basement so she can stumble from the trip wire on the stairs. Then precedes to take out her teeth which he leaves as an offering behind a grate in the wall. Many years later the house is being renovated by architect Alex and his girlfriend Kim. Alex's unhappy nine year old daughter Sally who had been living with her mom in California is coming to stay with them. The adults are too busy with their work to notice how Sally is adjusting so she explores her surroundings. What she finds is a secret basement and she hears whispers behind a grate in a wall.

Troy Nixey directed this remake of a 1973 television movie with Kim Darby and Jim Hutton. In that version the little creatures were after the wife. This screenplay is by Matthew Robbins and Guillermo del Toro who also produced introduces a child as the catalyst. The New England forest in the fall, the forbidding mansion, the dark wood and sketchy grounds-keeper are a nice set up for things that go bump in the night. Sally (Bailee Madison) is already feeling like her mother got rid of her by sending her to the dad. Alex (Guy Pearce) may love his child, but he hasn't been a full time parent and is awkward and too consumed in his own business. Kim (Katie Holmes) tries too hard to make a good impression and is concerned about becoming ugly stepmother. So instead of helping the sullen child acclimate and be reassured they leave her to her own devices while they continue fixing the house to be featured in Architectural Digest. If the overgrown gardens are not creepy enough, the basement where Blackwood's studio is housed shows remnants of his increasing paranoia. Even after her father warns her not to go down there again until they can fix the place, of course she goes down to unscrew the grate where she was hearing some noises. This time the voices are calling to her. No one is listening to Sally when she mentions this, even when one of Kim's dresses are torn to shred they believe that Sally is acting out her rebellion. It isn't until the grounds-keeper gets injured that Kim decides to uncover just exactly what happened to the previous residents.

Just the title alone promises to be full of jumps and nightmare inducing scenes, instead it ends up being a exercise in frustration. After Sally tells everyone the creatures don't like the light, no one ever turns them on. Kim gives Sally a instant camera to capture them. When an adult goes to look at the picture, Sally grabs it away. Does that make sense? Sally squishes on of the little evil little things and for some reason she doesn't show anyone like “look, I'm not kidding”. And why does everyone goes to confront them alone? Don't they realize that there's usually safety in numbers? When a creature is under the table at the dinner, why not alert the grownups in the room to check it out? No, she goes to another room alone and battles them herself. It's probably all for dramatic effect, but all it does is make one wish that it would really make one afraid of the dark.
(Review by reesa)

Email ThisBlogThis!Share to TwitterShare to FacebookShare to Pinterest
Labels: Don't Be Afraid of the Dark review