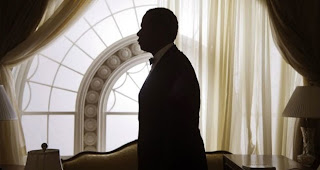 House. It touches on his youth in a southern plantation and also shows his son’s dedication to civil

rights during the turbulent fifties and sixties. It arrives with a lot of hype; could a film be more topical in

this age of Obama and Zimmerman?


Sad to say, it almost reduces an important period of American history to maudlin pulp. The

talent on board seems to be working with a weak or truncated script. The music swells with importance

while the characters are treated like stereotypes. Actors such as Vanessa Redgrave and Forrest

Whitaker (as the butler), manage to do their best, and David Oyelowo shines as the butler’s son whose

path towards black activism is a strong contrast to his father servitude.

conflict portions are harrowing, as they should be. Oddly, our butler-hero appears unmoved by the

national events blaring over the television sets. Only at the end, when he picks up a book to read does

his conscience stir. The audience will also have to read about the depth of these times rather than


I relished seeing Oprah Winfrey on the big screen again because I loved her in The Color Purple.

This time she surprises with a more subtle performance as the butler’s wife, a role I felt demanded more

emotion. The role is too sketchy with unanswered questions.


Director Lee Daniels was full of verve and vitality when he made Precious back in 2009. Here, he

seems to be weighed down by expectations and a high budget (too many cooks in the kitchen?).

Seeing cameos of famous stars playing presidents was interesting but wound up a hindrance.


Otherwise, the genuine humor throughout lifts the film to somewhat memorable

entertainment. It’s good to use humor to unify an audience. Exciting actors can make any film worth

sitting through. And a scene showing Martin Luther King in that fateful hotel in Memphis delivering

wisdom to his freedom fights stands out. If only that real and powerful sense of inspiration and

intelligence could have been sustained throughout, Lee Daniels’ The Butler might have been a great