The Spectacular Now and The Way, Way Back 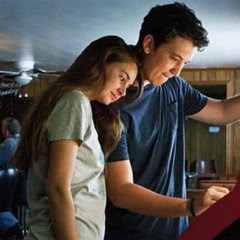 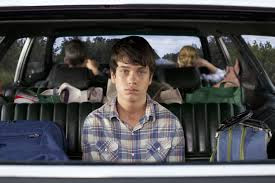 “Coming of Age” films have been around for a long time and it seems there’s been a glut of this genre of late. Thankfully two such summer releases – The Spectacular Now and The Way, Way Back - are worth seeing. Similar, yet uniquely different, they both deliver good messages, winning performances and are often flat out hilarious.

The Spectacular Now seems to suggest a theme of living in the now. The first half led me to believe the spectacular now was just being young. Its hero is full of swaggering charm and played winningly by Miles Teller. He has a familiarity – the guy in high school who wasn’t a good-looking jock or an A-student but possessed just enough “smarts” to convince you he was a winner. The scenes of his courtship with an unlikely girl (engagingly played by Shailene Woodley of The Descendants fame) are poignant and reflect a respect for its characters. There’s also a genuine feel for the joys of youth.

This budding romance triggers growth, opening up new doors to take them beyond youth into the hard realities of adulthood. There’s a lot of underage drinking going on, but I’m so glad the film didn’t go into some AA rant – the message is subtle. There’s a definite indication of just how our hero might wind up in the scenes with his long lost father. But the filmmakers want to concentrate on hope and possible redemption. Director James Pousoldt keeps the focus tight. The script is by James Pousoldt and Michael H. Weber, the fellows who brought us the entertaining (500) Days of Summer.

The young hero of The Way, Way Back - younger and without confidence – is surrounded by horrible examples of adulthood. Played by Liam James, Duncan is also suffering from the angst of a possible step-father. Steve Carell plays this villain without a glitch. Duncan finds an alternate father figure with a summer job – a job that allows him to grow in character, breaking the shell of slackerdom and inertia. As his new boss and mentor, Sam Rockwell is hilarious as his spins his nutty but useful wisdom. In fact, the whole cast shines, from Allison Janney’s jokey divorcee to Toni Collette’s flip side of a divorced mother.

The Way, Way Back warmly moves between its humor and the pathos of kids with divorced parents. It’s directors, Nat Faxon and Jim Rash, also appear in the film in supporting roles. Their characters are funny and out for a good time, something that - despite some heavy themes - The Way, Way Back manages to provide marvelously.
(Review by David Bacon)

Email ThisBlogThis!Share to TwitterShare to FacebookShare to Pinterest
Labels: David Bacon, The Spectacular Now and The Way, Way Back review