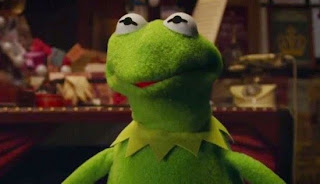 This isn't as good as the original but it is still a fun time. I think what this one was lacking was the humor and joke delivery. Yes there is humor and jokes but I felt like there more misses than hits. The original had a lot of humor that hit and missed but it was more hit. The directing in the sequel is just like the first one in terms of tone but it falls on the script where, like I said, the jokes are all over the place in terms of accuracy. The acting from the Muppets is great as always and I thought all the human actors were great. Tina Fey was definitely the funniest followed by Ty Burrell. It was weird. Ricky Gervais isn't bad but he isn't the standout human considering he has the most screen time. Nothing to complain on the cinematography. It's just like the first one and all you need are low angles. It's hard to screw that up. I probably would. The pacing of this movie felt off. It felt longer than it should; and I am wondering if that has to do with the long silent pauses, due to most of the jokes missing. Overall it's a fun enjoyable time with some laughs but the first was better and ironically the Muppets made fun of sequels in the very beginning of the movie. 6/10
(Review by Chase Lee)