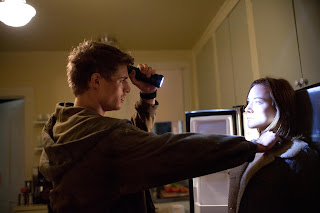 Twilight brought in a wide audience and was a successful batch of films. The Host was an adaptation from Stephanie Meyer who also wrote the Twilight novels. I don’t think The Host will not be as successful as Twilight and here’s why.

The movie is set in a futuristic setting where aliens have come from another planet and take over the bodies of humans and earth. The premise sounds cool, right? To a degree, this movie is way more interesting than Twilight but still a bad movie. The acting is average and sometimes below par. Saoirse Ronan is the main character and she does an exceptional job given the simplicity of the dialogue of the script. William Hurt is also in this and he gives a good performance. The Host benefited from having a star like him to show you, even with a bad script, an actor can really give something to the character. The cinematography is pretty to look at and then sometimes doesn’t really add anything new. The editing is paced well and the special effects are good especially when the violence plays on the screen (Those were the most tense moments). Some of those moments were even surprising for a PG-13 rating but that’s another discussion all together.

I have never read the book but just from watching this film I probably wont pick it up. The script was bad. The acting was OK but the visuals support good eye candy. With that said, I don’t think it will bring in as much of a fan base as Twilight. If you haven’t read the book you probably wont like it. If you are forced by your wife, girlfriend or date to see this movie, it’s OK you will pull through it because it’s still not as bad as Twilight. 4/10
(Review by Chase Lee) 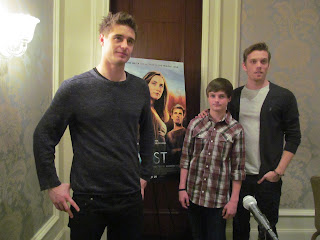 Max Irons, Chandler Canterbury and Jake Able at the recent press tour for The Host