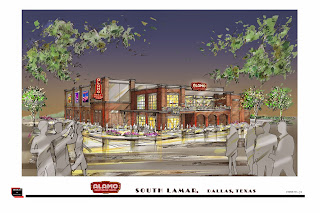 
Dallas – October 23, 2014—Alamo Drafthouse Cinema is please to invite you to the first celebration for the new Dallas location and a free outdoor screening of the John Hughes classic, FERRIS BUELLER’S DAY OFF. The event will take place on November 8 in the parking lot adjacent to Cedars Social, 1326 S. Lamar Street, Dallas, Texas; just down from the future home of Alamo Drafthouse Dallas. Gates open at 5:00 pm and the film rolls directly following the informal, non-ceremonial groundbreaking at sundown. (Really, it’s just an excuse to through a party and invite 1,000s of our closest fans!) Food Trucks will be on site, as will local beers from Dallas’ own Deep Ellum Brewing Company. Select wines will also be available. This event is BYOC (Bring Your Own Chair) and is friendly for both two-legged and four-legged kiddos.

“We’re very excited to host this construction-kick-off party on Lamar Street. It’s a great chance for us to meet our new neighbors and for our fans to get familiar with the location of Alamo Dallas all while having a great time. These Rolling Roadshows always turn into a fantastic block party with a few thousand people, pets, families, great food trucks, local beer, and, of course, film. We can’t wait to be open in Dallas and our fans should expect more outdoor movie events this spring before we open,” said Bill DiGaetano COO/Owner Alamo Drafthouse Cinema DFW.