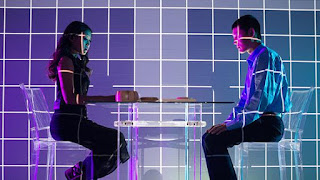 This really neat documentary explores the world of probability and the hard analysis of data. We are taught, as an audience, that today’s statisticians and software engineers can get closer to actually predicting what could happen in the future. This film tackles a considerably engaging topic by highlighting what is going on in the world that a majority of the American public does not know of or understand.

There is a top statistician who is interviewed in this film and is famous. His large apartment and multiple luxurious goods makes one realize how valued he is to business. He has almost one-hundred-percent accurately predicted what many states a certain candidate will win in an election. The interview with him was a brilliant move to make and this whole film reveals the ingenious world of probability.

We are taken into a city that has come up with a system to already take care of rat problem areas even before a complaint has been made. The way that the individuals used their analysis of the data and resources was enthralling. The film used well a character from several hundred years ago that comes into the present day in order to purchase coffee. It gave a little bit of humor to the documentary.

A serious question sort of begins the film. We look and ask what is going to happen into the future. This is truly a question that wakes us up as we all, as human-beings, do not know what the future of this planet will be. That choice of writing hooked the audience into the episode. The narration of the project really brought you into the world of the subject. The tone of the narrator was deep and varied. Science was given a good place in this film and served it exceedingly well.

It is incredible to think that today we can actually be a little more attuned as to what will happen in the future because of hard data. We can, of course, be wrong even with the scientifically educated minds’ analysis. These two notions were brought up and thoroughly expressed in the film in an understandable way. Some of the shots of technology were quite appealing in the project. For instance, there was one shot of two people playing a highly complex table game while on stage with lines projected on them. This is not a must-see documentary but it was certainly educational.
(Review by Wyatt Head)