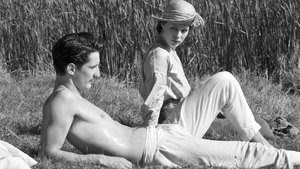 FRANTZ
**½ (out of ****)
There must be a reason for the man’s intrusion upon the family’s shared grief. Their only son was one of the many who died in the war that ravaged an entire world, and the conflict that drove a rift between the French and German governments has, of course, developed between the people of those countries, too. When the fallen soldier’s father realizes that their visitor is French, he, a proud German, expels the man from his presence with eyes popping and voice strained. It isn’t a rational fear of ideological divide in this case; it’s an irrational fear of the “other.” The Frenchman doesn’t belong in the German doctor’s office – or, no doubt, in Germany at large.

The mystery surrounding the reason for the Frenchman’s visit to the grave of the fallen, German soldier is solved by the halfway point of François Ozon’s Frantz, but wisely, the co-writer/director understands that the solution to its puzzle is of secondary importance to what it means for its characters. For some time, this approach works toward a vital, urgent, and moving first half in which the unspoken secrets (replacing the truth with carefully observed lies) between two fragile people place an emotional barrier between them (There is also the clever photographic trick devised by the director and cinematographer Philippe Rombi to switch between black-and-white and color depending upon the mood of the scene). It’s understandable, though, that Anna (Paula Beer), who was to be the wife of Frantz (Anton von Lucke) until his death at the frontlines, would be distrusting of Adrien (Pierre Nuney), who represents for her much of what led to her fiancé’s demise.

It is even more understandable that Adrien would receive some resistance from Frantz’s parents, the doctor and his wife (played by Ernst Stötzner and Marie Gruber), and so it charges forward until the scene at almost precisely the halfway point in which Adrien confronts Anna with the truth. The arrival of this scene, played perfectly by Beer and Nuney, would in any other movie be the climactic one of confrontation, leading perhaps to a single contrived scene of reconciliation and the end credits. Ozon is a bit smarter than that, understanding that the unspoken secrets must be confronted in a more resolute way. This is where the screenplay by Ozon and Philippe Piazzo (adapting both Maurice Rostand’s stage play and the screenplay for Ernst Lubitsch’s Broken Lullaby) unfortunately stumbles.

It isn’t the fact that Ozon pushes forward after the central mystery of the film’s plot is confronted. The general fact of this confrontation is tricky and well-handled. What transpires after this, though, steers the film away from its honest view of its characters and toward exactly the kind of contrived melodrama that Ozon so carefully avoids until this point. The best way to put it, without revealing anything about the truth, is that it replaces the mystery that opens the film with another, far less involving, far more trivial one that seems to be a long-winded ploy to reunite Anna and Adrien. It feels dishonest, and Frantz suffers thus from two distended halves that betray each other.
(Review by Joel Copling)