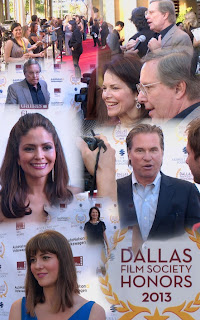 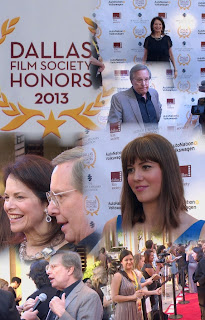 Audience Awards go to THE KINGS OF SUMMER for Narrative Feature, THE CRASH REEL for Documentary and HEAD OVER HEELS for Short Film

A Dallas-based festival is going to have strong contenders in the Texas Competition and the Texas Grand Jury saw several powerful films from across the state. In the end, it was PIT STOP, directed by Yen Tan and written by Tan and David Lowery that took home the $30,000 camera rental package courtesy of Panavision. The jury also gave a Special Mention for Ensemble Cast to Sean H. A. Gallagher’s GOOD NIGHT.

For the third year, Lauren Embrey presented the $10,000 Silver Heart Award courtesy of the Embrey Family Foundation. Inspired by the film’s courage and the need to necessitate change, Embrey said TOMLINSON HILL and its director Lisa Kaselak won the award as it most represented a filmmaker’s fearless storytelling and dedication to fighting injustices and creating social change for the improvement of humanity.

Kat Candler’s BLACK METAL won the Grand Jury Prize in the Shorts Competition while Robert Machoian’s MOVIES MADE FROM HOME #6 and #15 and Manuel Branaa’s BOWL FOR FUN AND HEALTH received Special Jury Prizes in that category.

The winners of the Grand Jury Prizes for all the competitions will each receive Movie Magic Budgeting and Scheduling software bundles from Entertainment Partners.

This year’s Audience Award winners were Jordan Vogt-Roberts’ THE KINGS OF SUMMER in the Narrative Feature category, returning DIFF filmmaker Lucy Walker’s THE CRASH REEL for Documentary Feature and Timothy Reckart’s HEAD OVER HEELS in Shorts.

Presented by TXU Energy’s Sydney Seiger, director of brand management and marketing, cash grants for the TXU Energy “Light Up the Red Carpet” Student Film Contest were handed out to students from both high schools and colleges. In both divisions, prize money in the form of scholarship funds is split evenly between the student and the school’s audio-visual department. Taylor Martin’s DAY IN, DAY OUT won the grand prize of $7,500 for Booker T. Washington High School for the Performing and Visual Arts in Dallas; Malak Abdallahi’s POSITIVE VIBES took the first place prize of $3,000 for Fossil Ridge High School; while Rachel Cocke’s THE ELECTRICITY BETWEEN US won a community choice award for Wakeland High School. Robert Ochoa and Baylor University will share the $7,500 award for THE GIANTS IN THE SKY; Samantha Gipson and the Art Institute of Dallas will share the $3,000 first place for THE MAKEOVER; and Jeremy Williams and Northlake College were awarded the $1,000 community choice prize for SPIRITS.

For presenting sponsor, Arthur E. Benjamin, The Dallas Film Society Honors was the culmination of a Festival in which he dedicated his sponsorship to the memory of his late friend, the beloved Larry Hagman. Benjamin also premiered his own film CHAMPION at the Festival and was so moved by Steven Bernstein’s DECODING ANNIE PARKER starring Helen Hunt that he publicly vowed to help take the film worldwide when he saw it earlier in the week, thrilling the filmmakers and audience alike. A great success story for DIFF. Said Benjamin: "Annie Parker's story is not just entertaining, moving, funny, heart-wrenching and uplifting, but it is a cinematic achievement that needs to be told to every human on the planet."

Any soiree in this city would not be complete without a mention of the Dallas-shot television series “Dallas” and of beloved late Texas actor Larry Hagman. Dallas Film Society CEO Lee Papert introduced Ken Topolsky, producer of the series, to present the first of the evening’s Dallas Star Awards to Hagman. Known around the world for his role as the iconic oilman J.R. Ewing on Dallas as well as Captain Tony Nelson on “I Dream of Jeannie,” Hagman was also a dedicated philanthropist. In 2012, Hagman began the Larry Hagman Foundation, saying that it was “time that J.R., who took all that money from oil, and Larry, who took all that money he made from J.R., to give back to Dallas.”

To further honor Hagman and his 62-year-long career, Ryan Trimble, a representative of State Representative Dan Branch’s office, read a resolution from the Texas House of Representatives that a tribute be made to Hagman and “that this memory of his talent as an artist and generosity as a human being continue to inspire his fellow Texans.”

The charming Mary Elizabeth Winstead (SMASHED, SKY HIGH, SCOTT PILGRIM VS. THE WORLD, GRINDHOUSE, LIVE FREE OR DIE HARD), was next to receive the Dallas Shining Star Award, and expressed, “I’m a little embarrassed by the riches that you’ve bestowed upon me since I’ve been here – such great hospitality. Thank you very much.”

The night was capped with the Dallas Star awards presented to Academy Award Winner William Friedkin (THE EXORCIST, THE FRENCH CONNECTION) and Sherry Lansing (FATAL ATTRACTION, THE ACCUSED, TITANIC).

Val Kilmer presented Friedkin’s award for his breadth of work and powerful storytelling ability. Lansing is recognized as a pioneer after arriving in Hollywood in the late 1960s when few women worked behind the scenes, ultimately becoming the first women president of a major studio. Though each accepted individually, they couldn’t help but acknowledge the other in their speeches, as they’ve been married for more than 20 years.

“When I was 30 years old, I saw a film called THE SORCERER, and I told my friend if I could only make a film, or be part of a film, like that someday, then I would know my career in the movie business had been worthwhile,” she said, speaking of the 1977 thriller directed by Friedkin.

“Sherry Lansing and William Friedkin epitomize the beautiful art of film,” noted James Faust, creative director of DIFF. “They were inspired by film, committed their own careers to the art, and now inspire others to do the same. The entire night was about the inspiration that the art of film produces. The Dallas Film Society could not be more pleased with the outcome of the Festival and the Honors.”

NARRATIVE: THE KINGS OF SUMMER

Community Choice winner ($1,000 prize) – THE ELECTRICITY BETWEEN US

DIR: Samantha Gipson, student at the Art Institute of Dallas

Bill Young is vice president of Television Programming and responsible for selecting programs and developing KERA’s broadcast schedule. In addition, Young sits on a number of PBS advisory panels, including the PBS Children’s Advisory Panel and the Top 20 Market Programmer’s Advisory Group, which help evaluate and set PBS network programming and policy agendas.

Joe Dishner has worked in the film industry for more than 30 years. His feature film line producer and unit production manager credits include: THE MOTHMAN PROPHECIES, A IMPLE PLAN, THE TEXAS CHAINSAW MASSACRE (2003), THE EVENING STAR, HOUSEGUEST, and THE BIG GREEN. His television credits include: “Starkweather,” ‘Murder in the Heartland,” “Two for Texas,” “The Ghost Whisperer,” “The Good Guys,” and the TNT - TV series “Dallas.” He was a founding member of the weekly newspaper The Austin Chronicle and is a member of the Texas Motion Picture Alliance and the Directors Guild of America.

Known for his unflinching and veracious style of storytelling, Ya’Ke Smith is a rising voice in independent cinema. His films have screened and won awards at more than 90 film festivals. WOLF, his feature-film directorial debut, premiered at the SXSW Film Festival and has won awards at the Dallas International, Little Rock, Sidewalk, Martha’s Vineyard African-American and Urbanworld Film Festivals. Ya’Ke teaches film at the University of Texas at Arlington.

As senior manager of Programming for the Sundance Film Festival, Adam Montgomery oversees the viewing and selection process for the more than 12,000 submissions submitted to the Festival each year. Additionally, he lends his passion for cult and genre filmmaking to the programming of the Festival’s Park City at Midnight section.

A veteran of the film festival circuit, Film Threat owner Mark Bell is furry, cuddly and near-sighted. When not causing film festival-related trouble, Mark presides over FilmThreat.com, focusing coverage on the indie, underground and film festival favorite films that are often overlooked (but should never be underestimated).

David Lowery is a filmmaker from Texas. His most recent feature, AIN'T THEM BODIES SAINTS, premiered in competition at the 2013 Sundance Film Festival. His previous films, ST. NICK and PIONEER, have screened in festivals around the world. He is an alumni of the Berlinale Talent Campus and the Sundance Screenwriting Labs, and in 2011 was named one of the 25 New Faces of Indie Film.

Embrey Family Foundation – The Foundation was established in 2004 for the purpose of supporting programs that advance human rights, healthy communities, the environment, education and creativity.

The seventh annual Dallas International Film Festival kicked off on April 4, 2013, at the new LOOK Cinemas with a pink carpet by Mary Kay and films that included JAVA HEAT, THE CRASH REEL, STILL MINE, KON-TIKI and 8 ½.

Highlights of the Festival included the strong, diverse line up of films programmed by artistic director James Faust and senior programmer Sarah Harris that saw many of the films at rush line within hours of the Festival opening. More than 1,400 volunteers helped the Dallas Film Society produce the Festival – everything from red carpets to behind-the-scenes work -- that received high praise not only from attendees but also from industry insiders.

DIFF’s 2013 closing weekend will feature encore screenings for all of the winning films. Please visit www.dallasfilm.org for more information.