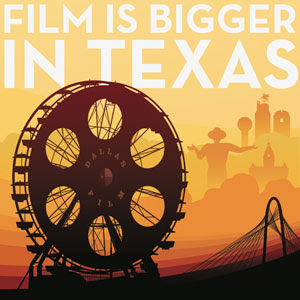 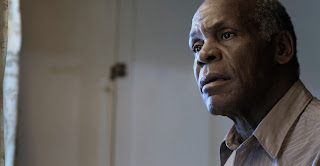 
Chasing Shakespeare is a beautiful, enchanting, love story about a young Native American woman’s search for her destiny and her widower husband’s attempts to reunite with her after her death. Directed by Texas filmmaker Norry Niven from a screenplay by James Bird that examines the nature of love in it's magical journey of faith, hope, and understanding.

William Ward (Danny Glover) is asked by his dying wife Venus (Tantoo Cardinal) to take her outside in the sled bed he had made for just this moment. She says they are coming for her as they wait outside during a lightening storm. William is distraught not knowing what do do without his beloved wife. They had met in high school when he watched her trying out for the role of Juliette. As typical of the racially prejudicial attitudes of southern Arkansas of that time, everyone was not enthusiastic about her auditioning. Juliette should be played by a white girl, not a Native American. Despite blowing away the casting director and the putting the fear in the other actresses she doesn't get the role because no one wants to step out of bounds. William is immediately smitten.

The younger Venus (Chelsea Ricketts) introduces the younger William (Mike Wade) to Mr. Mountain (Graham Greene) who makes William wash his truck in order to be invited over for supper with Venus's family. She also makes William take off his shirt just to mess with his head. The Redhawks belong to mystical Lightening Clan evident by the numerous lightening rods on their rooftop. Venus is bright force of nature. She was given a library of Shakespeare's work that she has basically memorized and absorbed. When her sister gets sick, Venus has to go to New York City fulfilling her father's dream. William would like to go with her but his father gets sick and he has to run the farm.

The story moves back and forth from the past and present as William and Venus try to survive the fate given to them. The present day William mourns his wife, and their son is angry that his father never took his mom to the doctor. Not only that but his dad is saying he's been talking to his dead wife and having visions. It all resolves itself with the ties of love that bind Venus and William, the love of their parents and children, and the wisdom of Mr. Mountain.

Visually the movie is very lyrical with the lightening, horses and the countryside. A climatic moment when Venus does and impromptu performance of The Tempest on the theater marque which was filmed at the Majestic Theater here in Dallas. It's a slow romantic piece with excellent performances by the cast, in particular Danny Glover and Graham Greene. Wish it could have been just them for a couple hours. 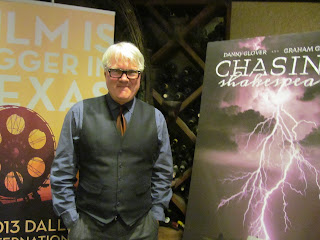 Posted by Dallas Movie Screenings at 11:48 AM