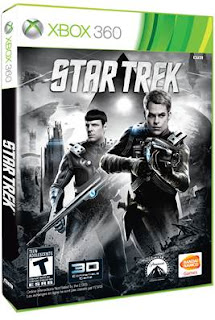 COMES TO DALLAS WITH A MOBILE GAME TRUCK TOUR!


WHAT: A mobile game truck will make a stop in the Dallas/Fort Worth area to invite residents to play STAR TREK: THE VIDEO GAME for free! Attendees will also receive a special edition poster that will only be available at the event, while supplies last.

ABOUT STAR TREK THE VIDEO GAME

The highly anticipated STAR TREK: THE VIDEO GAME features a vastly updated version of the Gorn as the key foe to legendary duo Kirk and Spock. Players take on the roles of Kirk and Spock, who work together to get to the heart of a mysterious attack by an enemy with unimaginable strength – a re-imagined version of the Gorn. In an entirely original story, written by BAFTA award winner Marianne Krawczyk, the Gorn is a terrifying threat, with an army that could overwhelm Kirk, Spock and the crew of the Enterprise. STAR TREK: THE VIDEO GAME is under license by CBS Consumer Products and will be released April 23 in North America and April 26 worldwide by Paramount Pictures and NAMCO Bandai Games. It will be available for Xbox 360, Playstation 3 and PC. The video game is being released in preparation for the highly anticipated film, STAR TREK INTO DARKNESS, in theaters May 17.