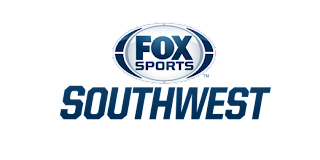 MAY 11 AT RANGERS BALLPARK IN ARLINGTON

Fans Can Camp Out Under The Stars In The Outfield

Will Meet and Greet With Fans

FOX Sports Southwest has partnered with the Texas Rangers to host a Fan Sleepover at Rangers Ballpark in Arlington and a special screening of the iconic baseball film The Sandlot on Saturday, May 11.

Gates to the event open at 5:30 p.m. The sleepover kicks off at 6:00 p.m. with the Rangers road game vs. the Houston Astros shown on a large display screen in the outfield followed by the screening of Twentieth Century Fox’s all-time baseball classic in celebration of the beloved film’s 20th anniversary.

Fans can camp out under the stars in the outfield with their sleeping bags, sleeping mats and pillows to enjoy the special ballpark experience that runs until 7:00 a.m. on Sunday, May 12.

Filmmaker David Mickey Evans and members of The Sandlot cast, including Chauncey Leopardi (Michael ‘Squint’ Palledorous) and Patrick Renna (Hamilton ‘Ham’ Porter) will be at the sleepover to meet and greet fans.

FOX Sports Southwest’s RANGERS LIVE pregame show prior to the Rangers-Astros game also will originate from Rangers Ballpark in Arlington and will be shown on the large display screen.

Ranked in the Top 40 as one of the best sports movies ever, The Sandlot originally was released in 1993 and still captures the hearts of baseball fans young and old.

The nostalgic coming-of-age movie set in the early 1960s is about a clumsy kid that moves to a new neighborhood with his mom and stepdad. Through trials, tribulations and adventures, he learns the game of baseball from the neighborhood kids in their local sandlot. The film’s classic line, “You’re killing me Smalls!” still resonates with baseball and movie enthusiasts.

Tickets for the family fun Fan Sleepover priced at $20 for children 13 and under and $30 for adults are available online at www.texasrangers.com/sleepover